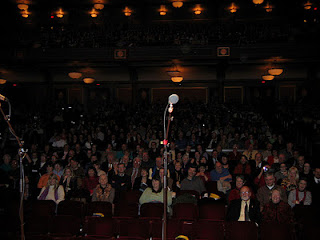 Two of the jokes I enjoy telling the most have been discovered by me in the pages of novels.  I want to tell them to you.

I love telling jokes.  I think I’m pretty good at it too.  Everyone knows that Timing is important but I reckon Pacing plays a big part too.  For me, one of the best aspects of hearing a ‘new’ joke is the fun to be had in working out how I will eventually retell it.

Unfortunately, for all the usual reasons, my social activities are not what they used to be so it is a rare thing, these days, if I find myself in a situation where I can actually tell a joke to anybody.

Social media is great for one-liners and repartee and such but it doesn’t lend itself to full-blown jokes, not really.

At their best, jokes are a verbal art form, like storytelling.  One can read a joke that is written down and enjoy it but it is the bringing it off the page, the ‘relating’ of it, that makes it breathe.

Funny then, that the jokes I find in novels might appeal to me as they do.  Well, no, not really.  The secret is in the re-telling.  When I read them in a book, I can re-tell them without evoking the nuance of the previous teller.  Because the joke is flat and on the page, it becomes somehow more ‘mine’ when I raise it up and tell it.

It’s perhaps a bit pointless, after all that, to write down two jokes I’ve read in novels.  I wanted to revive them a bit so that you can perhaps enjoy telling them to someone.  I haven’t seen the inside of either of these books in over fifteen years so my telling might be completely different to, or exactly the same as, the original.  It might be interesting to check sometime.  Not today, though, not today.  I also don’t think I’m breaching copyright in telling them, it’s what jokes are for, but if I am and you want to let me know, I will take them down again.  Ta.

The first is from ‘Marathon Man’ by William Goldman.  It’s a great book, Goldman writes great books as well as screenplays.  His ‘Color of Light’ still resonates with me, twenty years later.

This guy is offered a part in a Broadway play.  One night only.  He’s never acted but often said how he’d like to give it a try.  His friend puts him on to it.  “The guy in the play is sick, you only have to say one line; ‘Hark, I hear a cannon’s roar,’ and then you’re done, straight on/straight off again.

The guy suddenly finds himself in front of an audience of hundreds of people – expectant faces all looking up at him, “Remember the line, remember the li-“

Suddenly an enormous bang goes off on the stage right behind him.  The guy jumps, turns, and shouts, “What the Fuck was That?”

Number two is from the novel 'Gorky Park' by Martin Cruz Smith.  This one has even more bad language in it.  I’ll asterisk the rude words to save my Google neck.

Two Russian friends meet in a Moscow Bar.
“See that guy over there?” One says, “That’s Yuri, the most travelled man in the district.  Do you want to meet him?”
Sure.  They go over and sit down, ‘have a few drinks.
“Yuri, tell the guy about Paris.”
Yuri says, “Paris?  The Eiffel Tower?  … fu*k your mother.”
“Tell him about New York.”
“New York?  The Stature of Liberty?  … fu*k your mother.”
“And London, tell him about London.”
“London?  Buckingham Palace? …fu*k your mother.”
The guy sits back and gazes at Yuri in undiluted admiration.
“Ah Yuri,” he says, “the things you’ve seen.”

The reason I’m thinking about jokes is because I saw this programme ‘Old Jews Telling jokes’ on the telly recently.  I fell head-over-heels in love with one of the jokes concerning stagecoaches and Indians.  I’ve worked out how I would tell it and I can’t wait to try.