Fook, Not That Count Again 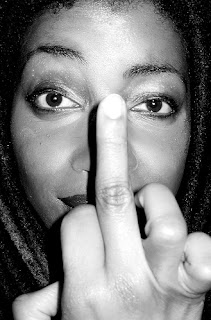 (Because this post is about swearing, and because I want to retain my 'family-friendly' rating, I have liberally interspersed any examples of curse-words with a few extra ‘o’s, just to take the edge off them a little.)

I can be a bit ‘sweary’ in real life.

No, not ‘Sweaty’, Mr Spellchecker, ‘Sweary.

I’m not the type of swearer who intersperses every third word with an oath of some kind.  Neither do I tend to swear in the company of those people who are most likely to find it offensive.  Put me in a Convent and bang my thumb with a hammer and I’m liable to say ‘oh dear’ or, perhaps more likely, nothing at all.  The swearing I do, is mostly for my own benefit rather than for anyone else’s annoyance.

For me, swearing is quite a helpful thing.  In times of annoyance or frustration, it gives me a quick ventilation option.  If tension is building up inside me for whatever reason, a quick (verbal) ‘Fook’ or two and I can actually feel my blood pressure rapidly fall back down a notch.

I was asked recently what my favourite swear word is.  I answered the question here.  To save you clicking if you don’t want to, it’s ‘Count’.  It’s not the word I use the most, as a matter-of-fact it’s a word I use very rarely indeed.  But it’s my favourite because in my opinion, it is a word which retains great power – the power to convey colossal annoyance, the power to really really offend.

So, no, I don’t use ‘Count’ very often.  I tend, like everybody else, to lean heavily on ‘Fook’ and the legion derivatives of the word.

Lots of people swear, of course.

Many would contend that swearing has become redundant because of its prevalence. That the crucial element of shock and awe has been removed or has at least been so diluted as to be utterly fooking impotent.

I tend to disagree.

For me, swearing has provided  a rather useful analogy for writing.  The impact of both is utterly dependant on the level of intent behind it.  Writing or Cursing, it doesn’t matter which – if you don’t mean it, it won’t carry much weight.

People swear for lots of reasons.  Like it or not, there’s a certain cachet to it.  It’s a bit like smoking.  Everybody knows it’s bad and antisocial and all that but, for some reason, there’s a tiny extra edge to be attributed to whoever does it.  So some people swear to be cool.

Some people swear because they can’t think of any other word to say.  You often hear people pepper their sentences with curses. It’s something for their mouth to do while their mind casts around for the next ‘real’ word to say.

Some people swear to bully and harangue.

Me?  I generally swear for a different reason.

I swear because I mean it.

Swearing hasn’t lost its power to offend.  Trust me on this.  What it’s lost, in a large part, is any intent.  Years ago, when swearing would have been more taboo, less intent might have carried the day and caused the requisite offence.  Not any more.  These days swearing needs a lot of intent behind it to make it count.  Otherwise it’s just insipid social wall-papering.

So if I swear at you, and I really mean it, I reckon I can offend you.  I ‘feel’ words quite strongly, you see, and I appreciate them a bit, and respect them and, as a result, I reckon I sometimes use them quite hard.

I only called someone a ‘count’ once and really meant it.  And that was in writing.  I’d loaned this guy a valuable piece of information on a CD (this is years ago when CDs were high tech) and he posted it back to me in a plain envelope with no plastic case.  The CD arrived back, broken into three pieces, and I had no way to replace it.

I posted it back to him and called him a you-know-what and I really meant it.

That’s the end of that story.  I don’t know what happened after that.  But I reckon it hurt him.  There was so much intent behind that single word that it could not but hurt.  That’s why swear words are powerful and a bit dangerous.  A swear word is a gun but intent is the bullet.  Either of them on their own are relatively safe but put them together and… well, aim carefully.

I rarely swear. I never grew up around people who swore and I was taught that swearing was wrong but I don’t think that’s why I don’t swear because as a young man my brother swore like a trooper, in fact, when he was working for ICI, he told me, “Jimmy, if I don’t swear every second sentence no one knows what I’m talking about.” I agree though that context and intent have a lot to do with the power of any word. It’s like when Didi and Gogo exchange insults:

Neither swears but ‘critic’ is treated as if it was a swearword. Would think have been funnier if Beckett had chosen to use your word ‘count’ or would something have been lost perhaps? He uses the word elsewhere in his writing so it’s not as if he was a prude and I’m led to believe his day to day language was often peppered with expletives.

There is a novel by Robert Silverberg that had a tremendous effect on me when I first read it. It’s called A Time of Changes and it’s set on an alien world where talking in the first person is regarded as swearing. It’s also the novel that gave me the wonderful expression “soul pissing” in reference to their form of confession; the only time where one can people themselves up is with a “drainer”.

Cunnus was the basic Latin word for the vulva. It’s always puzzled me that ‘count’ is regarded as just about the worst swear word there is. I wonder what the Latin swear words were like? (Actually there’s no need to wonder because there’s a whole Wikipedia article on the subject.)

I never swore until I went to work with State policemen. Something about opinionated men with guns and handcuffs got taken down a notch with a simple, "damn!" from me. Was quite effective.

Then again, I grew up in the south, where "ladies" don't go potty mouth. Which is why a friend's father allowed us to use "Son of a biscuit eater!" when things got bad. :)

Jim: Good point - that any word with the 'swear intent' can become a swear. A friend on Twitter pointed to the film 'Casino' and De Niro's use of the word 'Pig' which is as sweary as anything anywhere.

Hope: I could see how the slightest hint of rudeness from you would be enough to do the trick. :)

Most of the people I've known who use "count" here in the US direct it at women, and direct it in gender-specific, incredibly degrading way. So it then is not a simple swear word like fook or shot or mother-fooker. My guess is perhaps across the ocean, it is used differently. I don't use dock or count. Ever. But they are the only ones. In fact, my first job out of college, sitting in one of those wide open rooms with about twelve other people at their desks, I ripped a snap out form of printing specs that was 18 inches long and had cross notes and complicated instructions. (Before the days of computerized forms, etc.) I screamed, "FOOK!" very loudly. My big boss came out of his glassed in cubicle to stare at me over his glasses. I slid as low in my chair as I could.

Next day my desk was facing a corner and there was a dunce cap they made me wear. That has been my favorite swear before and since.

I've become rather fond of "frak" from Battlestar: Galactica. It's useful and it passes most censors.

But Jim's right: ANY word can be made into a swear word, not just the familiar Anglo-Saxon four-lettered ones. It all depends on intent and delivery. I play this game with one or tow friends of mine, basically insulting each other back and forth till we get to "Republican," which is a nasty word in our current lexicon, and hard to top. It's a game, as I said.

I swear all the time, for effect, for emphasis. When I swear I'm venting emotion. That's the whole purpose, it seems to me. Sometimes other words just aren't strong enough, when you need to get it out of your system.

None of my family swear, and in fact none of my friends as I grew up did either. An old university friend really got me into it. I remember hearing her talk to her mum on the phone "and he's a right cunt"... and the legendary story of her (retired) mum calling the local vicar a motherfucker. At 19 I was so shocked and delighted I could have clapped my hands. I hung around her a lot and it passed on, so now ever second word is a swear word. It's not big and it's not clever but it's just me, and I'm at peace with it. (Funnily enough I can switch into "family" mode with no problem, but only with my actual family.

Hi Jeanette: If the word is exclusively a bullying word then I have no time for that at all. I would want to use it to bully the Bullies. :)

Art: Frak is good. I don't use it but I like how the Battlestar people do it. They should have 'Crat' for more eernest moments. :)