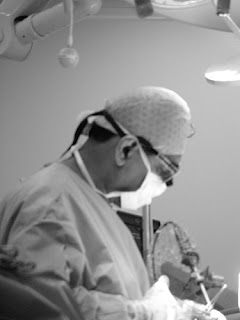 A friend of mine had to undergo a general anaesthetic this week and this got me thinking about my own relationship with being ‘knocked out’.

It’s many years, thankfully, since I’ve gone into an operating theatre and I’m sure the stuff they use now to put you to sleep has moved on and become much more sophisticated.

On the evening of Thursday, October 5, 1978 I brought my dogs for a walk in the woods.  (How can I be so accurate with this memory? I’ll tell you in a minute).  One of the dogs was a fairly young German Shepherd with a propensity to run off when unleashed.  That’s why he was on the leash when I slipped in some mud and fell on my wrist, dislocating it.  It was a long walk back through the woods that day.
At the hospital, for whatever reason, they decided I had to be given a general anaesthetic to get sorted out.  I’m still a bit surprised about that but I suppose they knew best.

When they wheeled me in_

I’m procrastinating.  I’d better stop beating around the bush and explain exactly what happens to me under general anaesthetic.

No, I don’t mean pissed as in ‘Pissed-Off’ like you American Friends might say.  I mean drunk, rat-arsed, paralytic, bollixed, bet, fluthered… ‘tired-and-emotional’.  Pissed.

You may (or may not) have seen a previous post where I explained that I practically-never get drunk.  I hate the feeling, the dereliction of control.  I have a drink-or-two then I stop.

So I’ve never been a very good drunk and, that last time I had an anaesthetic, I was only fifteen years old and I’d never had a drink at all.  So it was always going to go badly.

_anyway, they wheeled me in and somone got me to count backwards and everything started to clang and echo and then, just as I went under, somebody said, “I see Dana got married today.”

(Dana (Rosemary Scallon) won the Eurovision for us in 1970 with ‘All Kinds of Everything’.  You knew this, right?)

This fact crashed around in my head as I fell asleep and I’ve never ever forgotten it.  So, today, I can look up Wikipedia and see that she was married on October 5, 1978 and that’s how I have my dates so accurate.  Good, eh?

Let me give a little context for this next bit.  Every day I walked past the hospital to school and, next door to the hospital, was a nice house with a bronze nameplate on the front gate.  It read, ‘Turloc Swann, Surgeon’.  He was an eminent and much respected man in our town and that nameplate had puzzled me for many years as I trudged past.

_anyway, I woke up and this nurse said to me, “Hello, this is the man who fixed you all up… Mr. Swann.”

It was him!  I'd never seen him in the flesh before but it was really him!

“Heyyyy,” I said, with lips that didn’t seem to want to co-operate fully with me, “I've always wondered, what kinnnd of a fuggin’ name… is ‘Turloc’ anyway?”

When I woke up more completely, some time later, I was back on the ward and there was a weary-looking attendant sitting by my bed.  He had glasses… I would know him today if I saw him, I’m sure.

“Are you really awake this time?” he said.

“I think so,” I replied, “I think I might have been talking shite a bit earlier.”

“Yes,” he said, suddenly looking much much wearier, “you certainly were.”
Posted by Ken Armstrong at 11:53:00

Just an instinct, but I'm guessing that you and Turloc didn't end up going for a pint together a few days later? ;)

Haha! I love anaesthetic stories - they're sort of "Tales of the Uninhibited". Last time I had to have an anaesthetic, a cousin of mine was theatre sister. I have no recall of what she told me at all but apparently when I came round she said I spent 10 minutes demanding to be put onto a different trolley bed as the one I was on was "sooooo coooold". I think they moved me just to shut me up! x

I've only had the experience once and don't remember anything. I was a kid at the time. No doubt I was as sweet and charming as always.

someone should write a sitcom or a short film based in the recovery room next to the theatre. For those none nursey types its an area where post-op patients are stabilised before returning to the ward. I've had marriage proposals, lewd suggestions and wrestling matches with some of the people under my care who are 'under the influence'. Like all the best/worst hangovers they rarely remember anything whatsoever, whereas I go home with a head full of funny stories.

Ken Armstrong talking shite? The very thought of it!

Sometimes a little "shite" (British spelling?) needs to be talked. I'd like to talk some right now. Where's the anaesthetic?