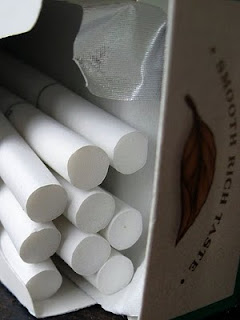 One of the many fun things about following quite a few people on Twitter is that things pop up in the stream that can sometimes inspire or, at least, incite a piece of writing action.
One of my weaknesses is that I like to try to write song lyrics from time to time.  They're really pretty much doggerel and the fact there are no tunes for them rather emphasises that perception but, hey, I 'm not hurting anyone and it keeps me off the streets, right?
My simplistic view of lyric writing is that many songs spring up out of little phrases which we know and use regularly without thinking about them.  Others arise out of odd, distinctive, expressions which make you stop and think when you hear them.  So, whenever such a phrase turns up, I like to try to mess with it a little.
It happened previously when @cherrymorello told me she was 'Driving up to Glasto with the offspring in the back'.  The resultant lyric is here.
@Gerrymulvenna also set one of my lyrics to a tune and sang it on his blog.  That was great and gave me a lot of pleasure.  Here's a link to it.
This time it was @SianMeadowcroft who put forward the notion of loving something out of 'sheer force of habit'.  I thought it was a very neat idea.
If this has been done before, please don't sue me, I'm not aware of it.
Sheer Force of Habit
I’m trying to kick you
To give you right up
It’s stupid, I know, but it’s true
I’m still loving you out of sheer force of habit
There’s no patch for my craving for you.

I’ve been to the doctor
I’ve been to the church
The witch and the hypnotist too
But I’m still loving you out of sheer force of habit
My heart just needs something to do.

Should never have started, should just have said no.
The memory of you makes me shake
I should have been stronger and told you to go
You’re a mighty tough habit to break.

I think it would have a sort of overblown Engelburt Humperdink or Late Elvis kind of a vibe to it but what do I know?

I just scribble this stuff down...


PS:  The inestimable Gerry Mulvenna sings his version of the song here.

Ah the joys of addiction. Wonderful work, Ken. Thanks.

I wrote some songs for a friend to put to music. Only two still exist on an old cassette and only one of my own music compositions on another tape. No idea which ones. They’re in a cardboard box along with a tape of my daughter when she was about three, again the only recording I have of her voice as a child. It’s been years since I felt inclined to write lyrics but there were a couple from many years ago that I still kinda regret never getting someone to record. My favourite was simply called ‘Superman’ and was about Superman when he gets old and the world forgets about him. The chorus went:

And if I really try
I still know how to fly
‘Cause I’m a superman,
Superman.

You’ve made go all nostalgic now.

Funny, I heard it with a Country vibe...but I could see Elvis doing it too.

As always, you are one entertaining soul! :)

Love this new set of lyrics. Maybe country...or a blues song if ever I've seen one.
x

This is so much fun. And the same thing happens to me with Twitter - William Gallagher said something about sleeping on the back seat of his car whilst his wife took her turn driving and it morphed itself into a lyric - "Fast asleep on the back seat (of my life)"

I sang it like a drill sergeant was yelling them at me. Then again, I read everything like that. Someone help me.

I've got an almost-boyfriend who is quitting smoking for me (I've got asthma). It sounds bad to say the relationship depends on him quitting, but it kind of does. How would that work out as a song?

Laura - have you heard "Twelve Step Programme" by Nick Lowe? It's almost along those lines.

Hope: Lot's of feedback has suggested the Country vibe. My curse may be that I can only write Country lyrics. :)

Rachel: Thanks. I've enjoyed reading yours as ever, not the best commenter lately, even here but you're doing great stuff.

Lozzie: Well, you know what your talking about so thanks. :)

Acadia: I tried that. I came over all Lou Gosset Jnr..

Laura: I think of 'Got To Give It Up' by Thin Lizzy. http://www.youtube.com/watch?v=svg_tvwW4po

Lozzie: Off to have a listen...