Two Movies I Think You Would Like, If You Hadn’t Already Seen Them 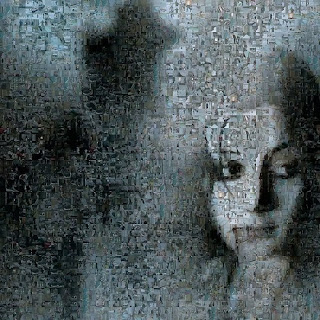 Here’s a little post about two films I have seen only recently.  I enjoyed both of them immensely and I think that you might too.

The problems with my doing little occasional posts like this are twofold:
Firstly, I rarely get to see movies when they first come out.  DVD releases are where I usually catch up and sometimes it’s even much later than that.  These days, my first sight of a film might even be on television.  So I’m not rolling in with anything new or exciting and the likelihood is that you’ve already seen what I’ve seen and probably even written your own bloody good review of it.

Secondly, I hate doing spoilers.  Thus the information I tend to give about these movies that I like is severely limited.  I won’t even bother giving a synopsis of the plot because what is that if not a spoiler?

The first film I want you to be sure that you have seen is called ‘Let The Right One In’.  It’s a Swedish film from a few years ago and, yes, it’s sub-titled (get over it).  Avoid dubbed versions which I hear are available and see this version before Hollywood brings out theirs, perhaps as soon as later this year.

I taped this one off telly a few weeks back and saved it up to watch.  I was looking forward to it and wanted a nice quiet late night time where Trish and I could enjoy it.

So, what can I tell you?  It’s about a lonely, slightly awkward, thirteen year old boy who slowly befriends his new neighbour… who only really comes out at night.

This is a dark, beautifully atmospheric film with real believable characters despite the fantastical central premise.  Be warned, it’s a bit bloody and a bit graphic and there’s a rather silly bit with… well, there is.

Having said all that, and despite it being two years old, I think this is my current film of the year.

Second up is ‘Moon’.  A man is alone on the moon, supervising mining operations for his bosses back at Earth.

Something happens to him…

Don’t let anyone tell you any more than that.  It’s easy for someone to tell you much about this film by the use of just one word.  “Oh, yeah," they'll say, "that’s the one that’s all about…”.

Try not to let them do that.

Both these movies are slow and dark and atmospheric and both, in my outdated opinion, are very very good.

Keep them in mind, when browsing the DVD shop shelves and let me know what you think of them.

Labels: let the right one in, moon, movie, review

I've just today put Moon on my iPad for Angela: she's away off on holiday with a couple of long flights so I'm loaning her my iPad and have packed it gillwards with films and TV. She's packed it the rest of the way with books.

Not certain/certain yet, I'd need to think about it but Moon may be one of favourite films too.

Agreed on both counts. I'm told the book on Let the Right One In is even better than the film and fills in the vampire's back story which explains a lot about why things are the way they are. I just wonder how badly the US remake will be when it can't even get the title right.

Moon was just a wonderful little film in the same way that Silent Running was. It just goes to show you can do science fiction without space battles and/or monsters.

It's films like these two that make me wish I did film reviews. But then I think about all the other films I watch and I'm glad I don't have to. That said I'm a lot choosier than I used to be.

Not exactly a film but if you get a chance see if you can find a copy of Not the Messiah (He's a Very Naughty Boy) a mock-oratorio of The Life of Brian.

I've heard of the Swedish one, but not "Moon". Both sound well worth investigating. Besides, I trust your taste, pretty much.

William: I could it again right now. Danny Boyle said. of 'Sunshine' that there are 3 important elements to this style of movie; The Ship, The Crew and The Signal.

Jim: I was hoping you might not have seen one of these as I would have liked to have been responsible for putting you on to at least one of them. Ah well. :)

I will look out for Not The Messiah, thanks.

Poetikat: I love for that 'Pretty Much'. :) You will like Moon, I predict.

"slow and dark and atmospheric" - i think that's perfect for my late night (very late night) moving watching. thanks for the suggestions.