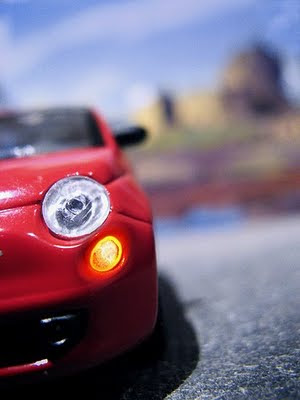 I see that our National Broadcaster is gently re-introducing those public advice adverts on the telly. Particularly the ones where they show you how to behave while out driving on the public highway.

I think this is a good idea, people are such spectacularly shitty drivers nowadays.

We had loads of these adverts when I was younger. We always had great fun with how bloody slowly everybody drove in them – even on the motorways. I guess you couldn’t show people just pissing along as normal – that wouldn’t be much good.

The ones I remember included ‘Don’t be an Amber Gambler’ (catchy), ‘ A splash of water on your tired face will not wake you up, you stupid fucker’ (apt) and ‘Keep your distance – you’re a fool if you don’t’ (not catchy at all but, hey, it’s still in there, right?).

The one that sticks most in my head wasn’t actually about driving at all. It was about being careful when lifting heavy loads. I wish I could find it on YouTube but no success yet. It had a memorable Country and Western track – “Big John was a muscular man, he had a lot of power in his two big hand (girlie chorus) but he never gave a thought to his backbone (and then Big John himself chips in) “Oh, me achin’ back.” Now that was message-giving at its very finest.

The newest of these adverts on the theme of ‘Here’s how to actually drive, you big wally’ concerns roundabouts and that is a very good thing. Would You All Please Watch this Bloody Advert? 'Cos 85% don’t seem to have the first clue about how a roundabout works. Many see it as a form of Russian Roulette, others take the view that if they break every rule but do it extremely slowly, then they will be okay.

If I were to suggest a subject for one of this new slower-than-slow-how-to-drive-passably commercials, I would propose that it be about the use (and non-use) of indicator lights. I written a little about this before.

I have my own little rule of thumb which goes like this – the more expensive the car, the less the indicators will get used. How often do Mercs and Four Wheel Jokes sail round the corner past me without a flashing light in sight. Often, that’s how often.

I sometimes tell the drivers off, “Doesn’t that fucking thing come with an indicator?” I may ask but all the emperor sees inside his insulated cabin is an ill-shaven lout with a shoulder pack mouthing some inaudible platitude. He may for a moment wonder about me and my pedestrian agenda but Bryn is just finishing up his Welsh Hymn and the Prelude to Something or Other is about to come on so, who gives a toss really?

But my preferred indicator advert wouldn’t touch on that. Those people are lost causes, let’s just pray they keep their casualties down to a reasonable total. It’s not the indicator left unused that will most likely kill you, it’s the indicator left on and forgotten.

I saw this in action the other morning when driving the kids to school. I was second-in-line to get out of the junction at the end of our road, turning right. It’s a busy road so it's always a dreadfully long wait. A car was coming at us with the indicator light flashing to say it was turning in to our road and the car in front of me trusted in this. But, of course, this car was not turning in – the indicator light had stuck on and the driver did not know about it. How these two child-filled cars didn’t crash and die is still quite beyond me.

So that would be the message of my road safety commercial – Don’t Trust Indicators.

What would yours be, I wonder?

All this reminds me – I met a lady once (it could just as easily have been a man) who was on a lesson with her driving instructor. The instructor told her to enter the roundabout and turn right off it. She drove in and went completely around it once and then went completely around it twice. What are we doing?” asked the instructor, at which point the lady burst out crying. “You said, I had to exit to the right but every single exit is to the left.”

That’s a whole other advert, I guess.

Funniest thing ever on driving was Bob Newhart's 'Driving Instructor' - it's on iTunes, still brilliant.

As for public service ads, you can still see them on http://www.nationalarchives.gov.uk/films/ My personal favourite is the Coastguard one with Joe and Petunia. :)

Ken, I hate to say it, but up here in the north, it's the drivers from the Republic who get cursed at all the time, for not knowing how to use their indicators or go round a roundabout. Of course, that's because a lot of them are from Donegal, which didn't really have any roundabouts until 10 years ago.
We have plenty of very bad drivers of our own too, though. Maybe they can show some of those helpful public information ads all over the island?

[a] I'm glad we don't have these forms of evil roadways...because folks here have a hard enough time driving in straight lines.

[b] Lack of indicator light usage [known here as turn signals] is universal in it's stupidity.

[c] Our State Highway Dept. adopted this slogan years ago and we're beat over the head with it, especially during holidays...and holidays with extra alcohol.
"Highways or Dieways. The Choice is Yours."

[d] If our slogan was true, we'd be legally allowed to push cars off the road who fail to signal or forget to turn the danged thing off after 2 miles.

ROFL at the woman who couldn't turn off the roundabout... MIGHT BE my sister!! lolol She drove all the way from Shannon Airport to our house (five hours) without stopping at a single stoplight because (she says) she didn't see them. Her friend/passenger said she didn't want to be a 'backseat driver' so didn't say anything. WTF?

Hope's right, it's universal. Except for us of course.

I just wish I could drive.

Hi there, I agree entirely with your post - have had cause to rant about this myself in the past. In fact it's the reason I created the image you picked for your post, which I'm more than happy for you to use.

Please though, as it was issued under a Creative Commons license in which one of the stipulations is that you - "...must give the original author credit.", can you do so? Much appreciated, happy blogging, and watch out for those non-indicative drivers!

Hi Pam: Newhart is funny - he keeps it so deadpan. :) I'm off now to check that public service ad resource.

Catherine: I agree with you on this - we seem particularly dreadful on these points.

Hope: No roundabouts, eh? I quite like roundabouts, they bring out the best and worst in people, which is always fun.

Susan: It's funny, isn't it? :) I know this lady myself so it's not one of those apocryphal stories either.

Vincent: We *all* wish you could drive mate. :)

Delphwynd: Thanks for your kind note - the picture is even more splendid on your blog than it is on flickr where I found it today.

And how patient you are with me, particularly if you thought I didn't credit you at all for the super picture. I did hotlink the image directly to your flickr account when I did the post and have now added a second link beneath. I always contact the owner of any photo I use via the flickr mail system but I was on the run today and didn't get to you before you got to me, sorry about that.

I really appreciate the kind way you've approached this - let me know if I can do anything else for you. Good post too! :)

My ad would be: "You don't need FOG LIGHTS in Western Australia you stupid idiot!"

Occasionally we might get mist, but you still have at least 50m visibility.

And it is not MORE SAFE to have an extra bright light on the back of your car.

In fact it's hynotic to the drivers behind you!

No, it was the swimming ad 'Learn to swim, young man' as well as 'Joe and Petunia call the lifeguard' that I remember best, as well as all the awful 'Charley says' films – God, I hated him.

I managed to find an 'Amber Gambler' ad for you but nothing for 'Big John'.

Bad driving seems somewhat universal, but the real question on my mind is: "What the hell is a wally?"

We have very few roundabouts here for which I am really glad. I can see myself getting trapped in one of those and never heard from again. You may think I'd eventually run out of gas... but then I'd just have to get some other nice soul to push the car around for me.

Being nice is a curse.

I had to take a written test to get a New Jersey Driver's license. I'm assuming a roundabout is a traffic circle, which are common in Jersey. The official rule in the manual was, "common sense prevails" Really, common sense...on the highway....in New Jersey. Hmmm