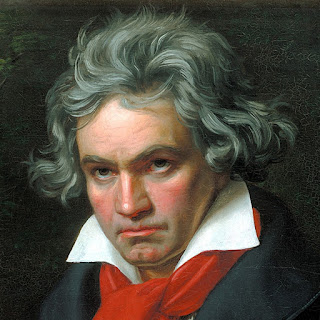 I am become Tattery Jack Welch.

Just in case a little clarification is needed: in Sligo, ‘Tatters’ had the peculiar usage of referring to tangles in hair. Those stick-together bits that had to be vigorously (and painfully) combed out. My sisters suffered a lot more than I did with this small affliction but I had my moments too.

Who was he, this Jack Welch of yore, whose hair was such a darned mess? I sometimes wonder if he was a direct relative of mine. We did have some ‘Welch’s back there somewhere. More often, though, I think not. I think he was just another one of Mum’s generic name evocations that seemed to come out of nowhere but the dim past. “Here we are,” she used to say, “all together like Brown’s Cows.” Who Brown was, and why his cows formed such an iconic cohort, remains a pleasant mystery to me.

Looking it up on the Internet (it’s good, have you heard of it?) I find a traditional jig, from around the start of the last century, called Tatter Jack Welch and perhaps that, right there, is the genesis of Mum’s expression. Assuming that the tune name derives from the Irish language, then T’athair Jack Welsh translates as Father Jack Welsh (or Walsh), a priest obviously. But who was he and, more importantly, did he have tangled hair? Answers on a postcard.

Anyhow, regardless of who he was, that’s me now: Tattery Jack Welch reborn. With my good friends in Staunton’s Barbers reopening very soon, and my appointment booked, my hair is now as long as it ever has been or, most likely, ever will be. And, yes, I have tatters. I generally get them out by running my hand through my hair and tugging on them until my fingers break through but, for every one tatter I get, two more seem to appear. Shampoo, and a touch of whatever conditioner Trish leaves lying around, does the trick but it’s a temporary fix. I don’t wash my hair every day (who do you think I am, Farrah Fawcett Majors?) and so the tatters conspire and come back in force.

This ‘running fingers through hair to remove tatters’ lark means that I’ve come to look a bit like Beethoven (the composer, not the dog). Wild sticky-up hair shoots off in all directions. Sometimes I see other fellas going by and I say to myself, “The state of yer man, with that mad head of hair on him.” Then I remember I’m just the same myself, mad head on me.

I probably should have just got a set of clippers, months ago, and had a go at it myself but it’s a combination of two things; 1) I’m not brave enough and 2) I kind of like seeing how mad my hair will go. Don’t get me wrong, I won’t mind losing it and getting back to my normal ‘trim every 5 weeks routine’. But you know… look at me. I’m a wild fecker, a beast of a man, feral, untamed, unbending, feared and respected wherever he goes.

I’m a middle-aged dude with a sore hand, an out-of-control head of hair, and a beard that needs considerably more attention than it’s currently getting. I look like a semi-respectable hobo and people sometimes cross the road to avoid me.

Sore hand? Oh yeah, I have this tendonitis thing going on where my thumb is constantly locking up. I think it’s to do with the funny way I grip a computer mouse. I also think the constant niggle of it is making me focus too much on myself and things I would normally ignore, like my stupid hair. I’m working on the thumb thing and it’s not too bad. But it is a reminder of how miserable it can be, to be in a little bit of pain a little bit of the time and a taste of how truly awful it must be, to be in a lot of pain a lot of the time. So, respect to those who must endure that. All the respect.

In the meantime, roll on Tuesday week, when I can get these Tattery Jack Welch’s all shorn off.

Everything will be completely back to normal after that.

I'd recommend not using hair clippers on yourself: I tried it once and finished up looking like I'd just emerged from a warzone. My wife wouldn't be seen out with me for a fortnight, while the bald patches grew back. Apparently it's okay if you use a mirror, you're very careful and very patient, but generally speaking it's best not to attempt to clip your own hair.

I used to clipper my own and, take it from me, unless you've got a room full of mirrors like the villian in Enter The Dragon, you'll miss bits and look like one of those victorian teddy bears they get on The Repair Shop (the before shot).

My wife does it now. I don't get it done as often as I should really. I too tend to go a bit Einstein or Doc Brown before dealing with it.

Carrie's cut my hair for years and years now and a pretty good job she does. Good enough for government work, as she's fond of saying. That said since the Xmas before the first lockdown my head hair has been untouched and I now have the longest hair I've had in my life. I even have a wee ponytail! Part of me is embarrassed by that and the rest of me is dead chuffed. My dad detested both long hair and facial hair. If ever my hair got long (I mean collar-length) he's start calling me a "mad scientist." In his eyes I suppose he looked at me and saw a Doc Brown. I can only imagine what he'd say now. He'd probably opt for "hippie" or, worse, "a girl."