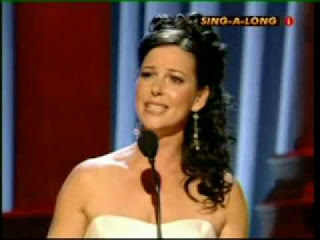 In our house, ‘I’m a Celebrity…’ is on the telly most of these evenings. I watch it quite a bit, but I do get up and leave the room quite a bit too. I kind of resent how the programme invites itself in practically every evening of its three-week run and leaves little opportunity to see anything else.

Patricia and I both quite enjoy watching Ant and Dec. They are so darned smooth at what they do. Their besuited, carefully rehearsed, interactions hark partially back to days of Morecambe and Wise. Plus, they love a little mishap or slip-up along the way because they are fearless in adapting themselves to the unexpected and always seems to capitalize on those moments. It’s also interesting to have a glimpse behind the façade of even minor celebrity and confirm that, yes, they all have pretty much the same basic concerns and needs that we do.

This year’s show went up a notch for me, though, when two additional celebrities arrived in the middle of this week. That’s because one of them just happens to be Ruthie Henshall. You see, Ruthie holds a tiny corner of my heart and has done for some time now.

Don’t get me wrong, I don't know hardly anything about her. I’ve hardly ever seen her perform or sing. I didn’t even know she had a connection to Prince Edward until she started talking about it on the show the other night. I am not any kind of super-fan, I’m afraid, though she does seem very nice.

But, still, as I just said, Ruthie has this tiny corner of my heart booked and probably always will.

Let me tell you why and maybe show you too. If you’d like that?

I’ve grown to like musicals. Not all of them, God help us, but enough. I’ve always had a soft spot for a good show tune and my regular date with Aedín Gormley on Lyric FM on Saturdays has deepened my knowledge a little. I like all kinds of music, I really do, but musical theatre has a small corner of my heart. And it’s in a small corner of that small corner where Ruthie lives.

My favourite musical is Cabaret. I’m sure I’ve written about it here previously. Late one night, years ago, on ITV, I happened upon a video recording of the Donmar Warehouse revival production from circa 1993. I loved it. Alan Cumming was such a persuasive (and pervasive) MC and he also brought such pathos to the role. Then there was the brilliant Jane Horrocks, almost bursting blood vessels in her vein-popping rendition of the title song. The programme was on so late at night and then vanished so thoroughly that I almost thought I had dreamed seeing it but then I managed to get a cast CD off eBay and played it ‘til it cracked so it was real all right.

(We’re boiling this down to where we need to be. Nearly there. Bear with me)

My favourite song in Cabaret is ‘Maybe This Time’. In the Donmar show, the late Natasha Richardson brought a new measure of vulnerability and pain to the song, she did a great job.

And now we are down to Ruthie and her place in my heart. She sang ‘Maybe This Time’ and, for me, it is ‘the’ version. The definitive’. I’m going to try to stick the YouTube video in at the bottom of the post. Let’s see how that works out. You may be underwhelmed, you may not. I don’t mind. For me, it is a marvelous rendition. Not flashy or ostentatious, never veering over the top. Just delivered. Bang. Perfect.

For me, there’s also something of a subversive element to her performance. Look at the video. This is obviously lifted from one of those bog-standard Saturday night ITV fill-in-the-gap variety shows of the nineties. Jesus, it’s even got a ‘singalong’ red button link in the top corner. The arrangement of the song is also pretty bog standard. It’s got an eighties sitcom feel to it… or something like that… I don’t know, I’m making this shit up as I go along. It is all just set up to be slightly tacky and completely forgettable. Something to watch while you’re having your dinner and then move on from.

But nobody told Ruthie that or, as I prefer to believe, she didn’t hear them. Whoever she is, and I obviously don’t really know who she is, she is obviously a proud denizen of the higher echelons of musical theatre and she did not turn up to this forgettable TV show to turn in a throw-away performance. She arrives at the mic, sings, and simple nails the song. Simply. Nails. It.

There. I’ve sold it pretty hard and I’m going to try to embed the YouTube video now. Have a look, see what you think. I would ask that you stay to the end to get the overall effect. It’s not about any one moment in the song, it’s not about the big finish. It’s just the overall subtle honesty of how she does it.

And welcome to the jungle, Ruthie, even if it is only a tatty old castle in Wales.

I hope it works out good for you.

Have you ever read the book American Psycho?

Have a nice day.

Thank-you. I would never have watched that but it was really impressive - she gave it everything and you could see it and feel it. Now I'm going to have to watch Cabaret.

I love Cabaret, and Liza, but this is a fabulous version. Heart rending, just as it should be. I have a Ruthie story too! She was in concert with John Owen-Jones at Cork City Hall. I went with a friend and we were sat in the second row. Ruthie was in full flight, singing her little heart out, when the woman sat in front of us - in the front row - violently and noisily vomited. Vomit hit the stage, but Ruthie kept going. A true pro.

Do I have a favourite musical? Hm. Not sure. I don’t really think of myself as a musical person. The only one I’ve seen live was Oliver! when our school did it forty-mumble years ago. I went three nights in a row and took two different girls to each performance—there’s showing off for you—but that was it. When I bought my keyboard a couple of years back one of the first things I got was the sheet music for Oliver! which was familiar and enjoyable. But that’s it. Every other musical I’ve seen has been the film adaptation and they don’t seem to do those as much as they used to or maybe I just don’t pay attention.

I’ve seen the film version of Cabaret easily three times and I’d have no problem watching it again. It’s a great film on many levels but the real attraction for me is Liza Minnelli. I won’t pretend I’m a huge fan of her as a singer (there are so many other songstresses I prefer) but I love her early acting work particularly The Sterile Cuckoo (1969) and Tell Me That You Love Me, Junie Moon (1970)—Cabaret was made in 1972—although I didn’t mind 1991’s Stepping Out. There’s something of a young Rita Tushingham and, to a lesser extent, a young Mia Farrow, about her. (You can read Roger Ebert’s insightful review of The Sterile Cuckoo from 1969 here and his review of Tell Me That You Love Me, Junie Moon here.)

As for definitive versions what can I say? I’ve listened to your video, to Minnelli, to Julie Andrews, Frank Sinatra (seriously), Natasha Richardson’s perfectly respectable take, Jane Leeves, Vera Farmiga (from an episode of Bates Motel) and, lastly, the wonderful Jane Horrocks although I couldn’t find a copy of her singing ‘Maybe This Time’ but I was still curious to see her take on Sally Bowles. Like all good songs the piece is open to interpretation but since the song first appeared on Minnelli’s debut album Liza! Liza! in 1964 it would seem fair to credit her with the “definitive” version. You might find this view interesting: Maybe This Time - Liza Minnelli - Through the Years - 1964-2009 and also the thread ‘Has Maybe This Time Been Misinterpreted?’.