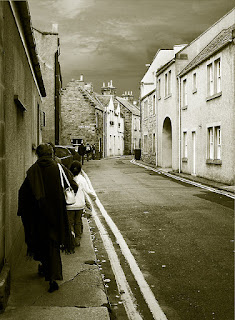 There is, quite rightly, a lot of talk these days about men and the stupid things we tend to do.

In particular, there is a lot of talk about how we act in relation to women. Acres and acres of risible behaviour has been reported and documented. There can be no argument, we often act very badly indeed.

In the midst of all this truth-telling, there sits a cohort of bemused males who repeatedly proclaim to anyone who will listen that, ‘it’s not me, I didn’t do any of it’ and they too, quite rightly, get berated almost as much as the people who know it was them.

I can see why this is. It’s unhelpful, unproductive even, to simply remove oneself from the firing line and to think that will be enough. It can’t ever be enough, really, can it?

I can never speak for anyone but myself so that’s what I’ll do here. For myself, after witnessing the outpouring of negative truth about my gender, I have tried harder to audit myself a little. What do I do? How am I complicit in the negative narrative? I know it's not much but I hope it’s at least an attempt at a constructive reaction to all this. After all, what can we usefully do with the past and present if not learn from it for the future?

So, what have I found? What do I do? Well, here’s one tiny thing, for the purposes of illustration.

I walk on the outside of the pavement.

If I am walking down the street with a woman, I will always position myself so that I walk on the outside of the pavement, between the woman and the roadway.

That may be how this piece will read but I promise you that it’s not my intention. The process of auditing a lifetime of male behaviour is a drawn out and ongoing one and several things have been unearthed along the way. This ‘walking on the outside' thing is obviously only small and seemingly insignificant but it has provided me with some helpful (to me at least) insight which I would like to share with you. Bear with me. They are going to carve on my gravestone ‘At Least He Meant Well’ and not without some reason. So bear with me a moment while I try to explain.

It was my Auntie Rosaleen who first taught me about walking on the outside. Auntie Rosaleen came home from Boston when I was quite small and I still remember how she rocked my little world. She smoked menthol Pall Malls and had a fluffy white fur coat and she gave me insights that I’d never had before. She introduced me to yoghurt, she instilled the radical idea of cleaning my fingernails from time to time and, most tellingly, she explained to me how gentlemen walked on the outside of the pavement, allowing the lady to be protected on the inside. This quickly became a ‘thing' with me. I was the little fellow who would always retain the outside track and it gave me a sense of thoughtfulness and chivalry that fitted well with my mentality.

Fifty years later and I’m still doing it. I might have shed the habit as I grew to adulthood except there was a major boost to my behaviour in my late teens. In college, where I studied Architectural matters, one of our lecturers, Paddy Doris, was briefing us on matters of historical drainage systems when he inadvertently topped up my pavement habit.

Mr Doris explained how, in the Olden Times, all the waste from the houses would be dumped out onto the street from upper windows and how a channel ran down the middle of the road to carry the detritus away. Carriages would spash through the channel in the street and throw all kinds of unmentionable product up on to the pavement. Men wore long cloaks to protect their inner clothing from being splattered and women walked on the inside of them to gain some protection from the cloaks against the flying shit.

The metaphor fitted me well. I was keeping the shit off the women. Here was an almost logical reason for my perambulatory foible. It reasserted my correctness and set me off in a clear direction , my eyes set firmly on the future, my feet planted firmly on the outside of every path.

And thus it has become one of my adult ‘things’, like only ever owning one pair of shoes or singing loudly in the car. I walk on the outside and the ladies must take their place inside.

But here’s where it gets interesting.

I have become quite seriously defensive about my ‘right’ to walk on the outside of the pavement. It  is a subconscious thing or, more accurately, it was a subconscious thing until recently when I started thinking about these things. I unerringly claim the outside track and, if a woman approaching me from the other direction clearly wishes to assert her right to be there, I give it to her, of course, but (here’s the thing) I do it with a type of internal surly reluctance and even resentment that now seems neither helpful not healthy. “I am a man”, my subconscious seems to murmur, “I deserve the outside of the pavement. If you take it away from me, you are challenging my authority.”

This, I think, is a fair example how a seemingly innocuous and almost-cute male habit becomes a microcosm of some of the ills abroad in the world today. For me, it demonstrates an historical sense of duty and politeness, churned into a sense of entitlement and defensive embitterment by long habit and, yes, by a dash of male ego too. Further, when examining this, I noted a strong tendency inside myself to try to logically explain away the silliness of it all. Let me try my mind's defence out on you so that you can see what I mean.

"It is good if men walk on the outside and women on the inside because then we each know which way we will go when we meet. There will be less misunderstandings on the street because we will each know where we should be, where our place is."

Our place… it’s the type of awful dangerous argument that one could almost hear fools make for slavery or any other kind of terrible repression. 'At least we all know our place...'

So if you think I’m simply trying to slip away from my responsibilities as a man in the world of 2017, I can assure you that I am not. Not consciously anyway. I may not be doing as much as I could but the revelations of the past year have shown me that I cannot afford to be complacent in my skin and bask in the sentiment that others are the culprits rather than me. My 'outside track' habit may be just a small thing but there are lessons for me to learn from it all the same.

As for the habit itself, I’m going to try to be less assertive about walking on the outside of the pavement. To think that a middle aged git like me, by being out there, can offer any protection at all to a strong independent woman is only the height of foolishness anyway.

I used to do that too. I used to make a big thing about doing that. If we crossed the road I’d swap sides. It made me feel gentlemanly. I thought it was respectful. And then one day I stopped. Carrie tells me I was still doing it with her and she also tells me we had “conversations” about it in which she told me I was ridiculously old-fashioned. I can’t remember any of that but it looks like I listened to her. Reluctantly, I have no doubt. I strongly believe in women’s rights. I think they should get the same pay for doing the same job as a man and all that stuff. I also believe they’re not men and shouldn’t be treated like men. I don’t think these two points of view are incompatible. My neighbour came downstairs yesterday to collect two boxes we’d taken in for her. They were both heavy and she wanted to take both of them herself so as not to put me out but I insisted on carrying one for her. I didn’t try to carry both of them. That would’ve been too much, would’ve smacked off showing off, would’ve probably embarrassed her and most likely put my back out. Had the bloke from downstairs come up he could’ve stuck both of them under one arm and carried me under the other. But I would’ve probably still made the offer. I hold doors open for women but then I hold doors open for men too.

I’ve avoided jumping on the bandwagon with regard to the recent spate of accusations. It’s left me profoundly disappointed but it’s like compassion fatigue; you peak and then where do you go? For Christ’s sake someone’s just pointed the finger at Aled Jones. I’m just waiting on Spit the Dog being accused of humping someone’s leg in 1982. Do you remember the film Demolition Man from 1993? In that film physical contact between citizens has become an archaic practice; no one touches anyone. Okay the reason for that is fear of spreading disease but I can imagine a future where, disease or no disease, no one lays a finger on anyone for any reason. Look at the recent case in Dubai where a Scottish man was jailed for putting his hand on another man in a bar so they didn’t “bump and spill drinks.” I mean, seriously! I agree totally with what he told journalists on his return to the UK: “The full thing’s just mental.” Picture a future where a woman’s left to die because a man’s too afraid to give her mouth to mouth or chest compressions for fear of being accused of assault: that’s where we heading.

Okay, flip side of the coin. The first thing I thought was,"Wow, a gentleman! How kind to think about someone other than himself."

I don't equate that behavior with the current headlines of, "He was indecent, naked and his advances not welcome". No one should have to put up with that. Yet some days, I do wonder if we "overthink" life in our efforts to do what comes naturally for the majority of people: doing the right thing for the right reason. You are not the enemy simply because you're a white male. It's as if "headline awareness" goes overboard, maiming those who don't deserve it. I'm a white woman in the South and yet I don't change sides of the street when a black man is approaching from the opposite direction, nor do I clutch my purse. I smile and say "Hello" as I continue on my way. I've been stunned to see the reactions of those men, so ready to be shunned. The only thing which would make me change my behavior toward people in general would be the presence of a weapon pointed in my direction. :)

So you keep being you and I'll keep being glad there are men like you in the world.

Jim - All I can see is your neighbour with you under his arm. :)