Believing My Own Hype (or Lack Thereof) 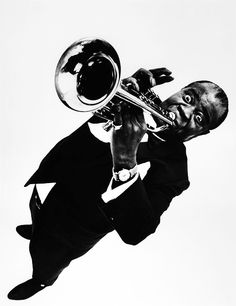 One of the things I see a lot, on Social Media, is the Art of ‘Bigging Oneself Up’. It's no big deal. Some people just tend to talk themselves up a bit sometimes. They accentuate the positive. They sell themselves quite hard as being productive and successful and happy… smart, fulfilled, ambitious, go-getting… the list goes on.

Although it can perhaps become a little tiresome when overplayed, I don’t see any great harm in it. As a matter of fact, I think it’s really quite a good thing.

My main problem with it is that I don’t tend to do it myself. I’m not sure why. Do I simply not have the knowledge of how to do it? Do I have nothing to ‘Big Myself Up’ about? Or do I subconsciously look down on the good people who do it and think I’m so much better than them. I really don’t know. All I know is that I hope it’s not the third possibility much more than I hope it’s not the second.

I think the reason I don’t talk myself up much on Social Media is a combination of laziness and lack of belief in the subject matter. To tell the truth as much as possible, I’ve always considered myself to be a pretty good writer, particularly in terms of drama/comedy. I’ve had about 12 or 13 radio plays produced, 15 or so theatre plays with one of them shortly heading into its 7th production. I've been on national radio and national television on the strength of my writing and some of the plays have been championed by some of the best playwrights in the country. I could certainly brag a bit and hype myself up a bit if I was so inclined but I’m not so inclined. Apart from this very paragraph, I hardly bother doing any of this stuff at all.

And don’t go off thinking that I reckon I’m great because of this. It’s quite the opposite, really. I rather think I’ve let myself down but not pushing a little more, bragging a little louder, putting some more effort in to try to make some more good things happen for my writing work.

Because I’m a bit old, I guess I’m a bit old-school too. I always reckoned (and still do, in my heart) that how it works is that you write something really good and then you show it around and, if it’s good enough, somebody will spot it and encourage it and take it on and help bring it further towards some fruition. In my ancient mind, there is no real need to convince people that you are writing and being clever and that what is about to come out of your creative loins will be magnificent. None of that is needed, to my oldish mind. Just keep your mouth shut, do your writing work, get it out there and, if it’s good enough, it will find its own way.

Make no mistake, this works. If you speak quietly but carry a big enough talent, you will definitely do okay. People will need you more than you will need them. Your work will be valued and revered. You will be fine.

It’s just that… well… not all of us are as quite as talented as that. Many of us are pretty damn talented, pretty darned good. Just not quite that good. For us, the moderate-to-slightly-above-average talents, the faith that our talent alone might see us through might not be enough. We need to help ourselves along a bit more. A little more talking things up, a little more self-aggrandisation, a little more hype.

This works in two ways. Hype raises the profile a little. It might annoy some people but it also gets those same people looking your way, paying a little attention where no attention was being paid before. That’s one way. But, perhaps more importantly, talking good stuff about yourself can make you feel better about yourself too. In a small way, you come to believe your own hype and you can feel more connected and empowered because of it. It’s like a self-fulfilling prophecy.

Alas the converse is also true. One can come to firmly believe in one’s own lack of hype too. That’s where I’m at, I reckon. I don’t talk myself up, I don’t brag about stuff,  and the result is that I have sort of come to believe I have nothing to brag about. I am the kind of person who can ride a long way on a tiny droplet of positivity and encouragement. If writing was hair then my hair grows and grows when a molecule of hair tonic is applied. But encouragement and affirmation seems increasingly hard to find. Social Media, once a great source of the tiny boost, now seems compartmentalised, wrapped in a sturdy cling film of worry and negativity such that little or nothing that is not loud can seep through. For the longest time, I have chosen not to hype myself and now I wouldn’t know where to start or, indeed what to hype myself about. I really admire those that do. They are working it and they are making things happen. More power to them.

I suppose I  could start, even this late, to ‘Big Myself Up’ a little more. But I never will. It’s just not who I am. I’ll keep doing it the old fashioned way. Keep writing, keep my mouth shut and keep showing the stuff I write as widely as I possibly manage.

The crux of the matter is that I’ve never really had the perfect writing product about which to publicly enthuse. I tend to write where my heart takes me. Considerations of marketability and future successes rarely motivate me to make something. The result is a fairly long list of not bad writings which do their job and which then become hard to raise any supplementary interest in. The writing is pretty good even if (just now) I say so myself. I should be happy with that and I generally am. It’s just sometimes I berate myself that I haven’t been a little bit more savvy about what I have done and what I failed to do.

So on I go. Don’t expect any tantalising teasers of big news coming down the tracks. There isn’t any. It’s just me doing what I love to do, banging out my words. There are currently three plays being written. One nearly finished, one about a third of the way through and one whirling magically around in my brain. They will all be on the page, in time.

In an ideal world, that really should be enough.

I think we're kindred spirits, Ken. The writing, for me, is more important than who sees it and I'm terrible for NOT sending work out.
I enjoyed your post and you're right about allowing the writing to speak for you. The cream will always rise to the top.

Thank you, Tracey. I do think we need to be a little more proactive and, dare I say, 'brave' in sending the work out for consideration. I know I do. It's a loud world we live in now, everybody has a voice and the technology to hand to make it resonate. Writing first, absolutely, but then a little more faith and effort in getting it 'found'. :)

I can relate to a lot of this only you probably show your work around more than I do. In a response to my final blog post I compared what’s going on at the moment to a wake. People I haven’t spoken to in years in some cases are coming out of the woodwork, telling me how great my writing is and this’ll probably be the last I ever hear from them. They say something nice; I say something nice: propriety is satisfied. Dignity at all times. You probably missed that in my last novel. It’s something Eric Morecombe said to Penelope Keith as they were climbing down scaffolding, she in a long evening dress. I know for a fact that some of the people who came to my blog’s wake and said the nice things they said because that’s what’s expected haven’t looked in at my blog in years. One even asked me why I’d stopped and I had to wonder if he’d even read my last post because I thought I’d made it pretty clear. But I bit my tongue and provided the kind of response he would’ve expected from me. I toyed with the idea of not saying anything on Facebook and waiting to see who found that last post on their own but I didn’t. I did a rare bit of self-promotion because I really wanted people to say nice things about me and for them to be sincere.

I slogged away at it for a good two months trying to get it right and in the end I still wasn’t happy with it but I’d run out of time. In writing it I found myself thinking a lot about why self-promotion (or, indeed, any kind of promotion) online fails miserably because the maths suggesting why it should succeed is ridiculously simple: word of mouth is still a hugely powerful way of passing on information if the piece of information is deemed worthy of passing on. Mostly no one’s got enthused enough about anything I’ve written for news of it to travel very far. I’d have to check but I actually think you were the only person to share my Facebook post and that generated two comments before it fizzled out. I know Facebook’s recently expanded its like button to include love and a few others but there really needs to be a you-absolutey-have-to-let-all-your-friends-know-about-this-this-very-second button. It’s the dilution effect: second-hand recommendations are more trustworthy than third-hand which are more trustworthy that fourth-hand and so on and so forth. We stand on soapboxes but what good at soapboxes against multimillion dollar ad campaigns?

I first heard the word ‘hype’ when watching the TV show Rock Follies of ’77; it’s the title of the third episode and one of the songs. Hype is not just promotion. It’s hyperpromotion:

Quality has never been enough because people aren’t really that interested in quality. They want what’s fashionable, what’s in now and the length of that “now” is getting shorter and shorter. Once upon a time, there were two fashion seasons: Spring/Summer and Fall/Winter. Fast forward to now and the fashion industry is churning out fifty-two “micro-seasons” per year. According the Calvin Trillian, “The shelf life of the average trade book is somewhere between milk and yoghurt.” All I can say is that I’d hate to be a journalist.