Sipping at the Bad Things 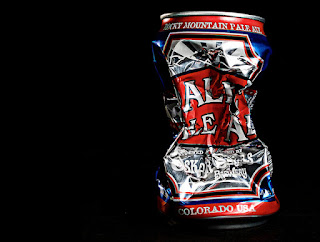 I need to rethink my Social Media a little. Change it a bit.

My Social Media is like having a friend who farts a lot. He’s quite a good friend but, man, he farts a lot.

I moan about it quite a bit but I kind of need it too. Actual, real-life social interaction is thin on the ground and, at least around these online parts, there’s always some level of dialogue and diversion. I find I need a bit of that. If I have more than two friends in the world, then it’s there that I’ll see them. I can’t let that go.

Still I don’t use Social Media quite like I used to (which was a lot). These days, I tend to drop in at weekends and late in the evenings. It doesn’t touch my weekdays. Actually, it’s getting easier and easier to consider letting it go altogether. The ‘farts’ are getting louder and more pungent and lingering longer in the carpet. It’s tricky. You like the guy but he stinks. What are you supposed to do?

I’ve written about Social Media before and there’s one point I always come back to. When I refer to ‘Social Media’, I’m not talking about your Social Media or anybody else’s Social Media, I’m talking about mine. We all have different views on the world through the frosty window panes we create on our phone or computer. It all depends on the people and things we choose to look at. If I loved model trains and I filled my Facebook and Twitter with people who also loved model trains, then mine would be a ‘Model Train-Biased’ sort of a Social Media and would be utterly unlike yours. I’m being ridiculous to illustrate the point but this is applicable down to the smallest degree. We all carefully make our Social Media beds and then, for better or worse, we lie in them.

I’ve been doing this Social Media thing for quite a while and, in the same way that stones on the beach grow when little specks of sand are blasted on to them by the waves, so the Social Media structure grows and grows. But it also changes over time. Some people go away and others change their interests and their points of view and outlook on the world. Things just change.

My Social Media is full to the brim with great people. Creative, funny, kind people. But my Social Media has also become obsessed over politics and world events and moral outrage and anger and disillusionment. Not without reason, God knows. There is hardship and repression and pain all over the place. Our politicians fail us by rote. There is indeed much to be angry about.

And when a person is angry and disillusioned and expresses it, that’s great. It’s to be applauded and encouraged. It’s just that, when three hundred people (or three thousand people) all echo the same anger and disillusionment in one tidal wave of negative emotion, then it can become overwhelming and even despair-making to repeatedly witness. Every single person can have a valid point and every single person certainly has a right to their anger and that is without question.

But to have to sit and watch so many people doing exactly the same negative thing, over and over again. It becomes hard.

That’s where the change I’m making lies. It’s not a physical change. I’m not blocking anybody or unfollowing anybody or even silencing anybody. The change is simply in how I think about it all.

Previously, I thought I had a responsibility to look. To open my eyes and to see all the people in their fear and their anger all of the time. Now I am going to think otherwise. I don’t have to look, not all the time at least. Certainly, I need to get the messages. I need to continuously understand that there is grave ill abroad in the world and that this ill needs to be defied and challenged and stood-up-to. I need to see all that.

I know many of you will see how the world is in a state of chaos and will feel the importance of opening ourselves to all that uncertainly and pain and sorrow. To hide is to encourage the evil to rise again. There is something to that, I know there is. But what if watching all of it ruins me? What if I debilitate myself in a deluge of such repeated sentiment. What use will I be to anyone then?

I need to sip at the bad things, taste how awful they are, understand and rail against them. But I don’t need to open my mouth and try to drink the entire river of pain that flows down my Twitter feed ever day. I won’t be much use to anyone if I continue to do that.

So, whilst keeping a beady eye on all of the anger and the outrage, I will also point my beak a little more towards the things I love. The human stories, the creative successes, the shared music and film and theatre thoughts, the memories.

I will watch the other stuff. Just like I always do.

But I won’t watch it quite so hard.

That will be my change.

Thank you, Ken. This may help us all.
Carl Ingalls

Preaching to the choir, Ken, preaching to the choir. A couple of weeks back I closed my Twitter account. I’ve never been able to make sense out of it from the very first day and got no joy whatsoever from it so why’m I doing it? Because someone somewhere along the line told me I needed it and I wasn’t taking my career as a writer seriously if I didn’t fully engage in the social media circus. Well, Ken, I’m a serious person. I take everything seriously even when I’m taking the piss out of it but I felt like with Twitter I was sitting on the floor with a massive bag of fortune cookies breaking them open one by one looking for the one that pleased me. Some automated thingy I don’t even remember subscribing to has been sending out tweets for me for years but other than that I doubt I’ve written more than five or six myself. Blogs I get. Facebook I get even though I do get why it’s not been a fun place to be the for the past few months but Twitter was a chore and I’m done with chores. I’d like to be done with Facebook too. I am done with the Facebook app—I use something called Tinfoil which is a bit more bearable—but I do get something out of it from time to time if only reminders that you’ve put up a new post although I have Feedly to tell me about them.

You can’t stop people talking about what interests or concerns them and that’s what friends are for, to listen to us moan and to listen to us when we find something worth moaning about. What’s depressed me about the goings on recently is the unreliability of what’s being reported. I am interested in world news and a new US president is something we all will be affected by so it is newsworthy but after the fiasco that was the last presidential election I honestly don’t know who to believe. And clearly the voting public didn’t either.

You’ll probably notice I don’t often post on Facebook. I do post but only after giving the matter some thought: Is what I’m going to say going to be of interest to at least some of my friends? Unfortunately I can’t (or I least I don’t know how to) direct a message to just a subsection of my friends. It’s one, if I post on his or her timeline, or all and that’s usually enough to stop me. But a post every few weeks is enough to let people know I’m alive and kicking. If only everyone took a similar stance, eh? One of the things I do like about Facebook are the ‘like’ buttons now that they’ve been expanded and make a bit more sense because there’re times when words are hard to come by even for the likes of me and all that’s required is a ‘touch’.

I've recently come to the same conclusion. I quit Facebook, and I feel much better for that, but I've now also started reading less news because it's the same stuff over and over and I just get absorbed with being angry or sad, so I've cut back.

I read the free papers in the morning and a couple of news websites and in the time that's been freed up I've started reading novels again - I never stopped buying them, but for quite a while I've just been building up a backlog of titles that I was planning on getting to. Well, now I'm getting to them, and I'm enjoying it - and I'm enjoying taking a break from the red mist that certain public figures kept bringing down on me. I was struggling to take pleasure in just being me, and that had to end, so I'm indulging in the simple pleasures again.

I'm having to ration my Twitter habit too, because poisoning yourself a little bit for pleasure (which is all drink, drugs and cigarettes is about) is much harder to curtail when it's ingested directly into the mind. I still visit, but I'm more particular about what threads I follow. I don't know how long I'll be able to restrain myself for, but I'm happier avoiding spending time in Bedlam. I just hope this isn't merely the ignorance of bliss.