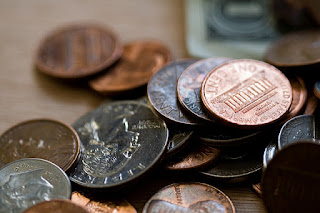 Let me tell you a little story. You’ll probably think it’s apocryphal but I don’t believe it is. The guy who told it to me on Friday last said it happened to him just the day before and he’s not the kind of person who would normally cloak urban legends in false times and dates to make them more authentic.

There’s also no great hidden point to me telling you this five-line story. I’m not trying to press some subtle agenda or anything. If you want to know the simple truth of it, I love telling little stories and when I heard this one I thought to myself, “That’s great, I’m going to enjoy telling that to people.” I even asked the guy’s permission to tell it and he said okay, just so long as his name was kept out of it. I didn’t tell him I might post it here because I hadn’t a notion of doing so at the time. I was just looking forward to telling it.

So why post it? The answer is simple and a little bit sad maybe. As the weekend has progressed, it slowly dawned on me that I hadn’t got very many people to tell it to. I told Patricia and she enjoyed it, I think, but, beyond that, I haven’t seen anyone or met anyone else who I could try it out on. That’s the way life goes, I think. It closes in a little more all the time. You’ve got to kick a little harder every year to maintain a little hole in the wall that you can whisper through. Or something, I don’t know.

This is all padding and filling because the story itself, as I’ve already mentioned, is very short. I think it’s also part of the point too though. How we communicate. The extraordinary joy of chatting to someone face to face and the whiskey-belt of a good story being heard. Social Media has a little of that but nowhere near as much as we sometimes think. There seems to be a price to pay for the stories we get on here. A price extracted in ennui and an occasional sense of isolation.

This week this man, the man I was telling you about, reached that amazing moment in his life when his mortgage was finally all paid off. He got a letter in the post and it was all very exciting. There was only one tiny glitch. There was still eight cent left to pay. The man couldn’t understand why the final automatic debit could not just have taken the eight cent and be done with it but apparently debit instructions are debit instructions and adjustments, however small, are not an option.

Craving closure, and perhaps a little fun, the man assembled eight one cent coins and descended on the bank. The teller at the main counter couldn’t help him but there was a lady in a back office at a more formal looking desk who seemed to have the authority to complete the deal.

The man sat in at her desk and arranged his eight penny coins in a careful row in front of him while she computed the transaction. He eased the money gently across the desk.

“There you go, eight cent. The mortgage is paid.”

The woman consulted her screen and then smiled a rather watery, probably embarrassed, smile.

That’s the story. The man paid his nine cent (he found another coin) and went home. I don’t normally bother with ‘moral of the story’ stuff or neat little summaries at the end. Mr. 'Get Into The Story Late, Get Out Early', that’s me. But, in this instance, I thought the man’s final though on his little experience was pertinent and apt and memorable so here it is.

“I’d always heard that the fuckers would get the last penny out of you but I’ve only just found out for myself that it’s true.”

It's good he paid it, or it'll be earning interest and he'll accumulate a new debt again...hehehe..just proceeding with the logic of the story. Actually, there's a significant lesson, we can learn from the story, aside from the humor, of course - pay every cent of your debt or you'll never see the end of it!

It’s like you say, Ken, you couldn’t make it up. It sounds made up. The last time Carrie and I were at the bank to shift around our savings (which you can’t do easily online) they told us the bad news about falling interest rates and I talked—not in a threatening way you have to understand—about shifting some of our money elsewhere and the response was basically: Okay then. There was no effort made to hang onto my custom. And what really got me later on when I did my own research at home was they DID have a product with a slightly higher rate of interest that met all our needs and it wasn’t even mentioned. I remember the first time I went to a bank for a loan. It was for £1800 and I had to meet with the bank manager and he was intimidating. A few years later I took out a mortgage and it was just one of the girls behind the counter who dealt with me; it was so routine and impersonal; we didn’t even go into a wee office. I actually liked having to sit in front of the manager and explain what I wanted the money for and how I expected to pay them back. Don’t get me wrong the people in our bank are always very nice but you do expect people who work in banks to be knowledgeable too. I get the feeling most shop staff exist these days to refill shelves. Yes, they can point you to where such and such is but ask them questions about, say, battery life or performance and they’re lost. I bought a pair of headphones a few years back and I remember the look on the so-called assistants face when I tried to talk to him. It was basically: For God’s sake pick a pair and be done with it and stop asking me stupid questions.

Banks do not have a sense of humor. I paid off a car loan once, ahead of time, having asked for the payoff amount for the next morning. A month later I got a bill. For 2 cents.

I called the bank. The lady was horrified and said to forget it. It was tempting but a ghostly voice in the back of my head said, "Forget it and it will somehow show up on a future credit report as being in default".

So I went to the bank and the teller was mortified. I smiled and said, "Just wanted to get my 2 cents in." And no, never got a loan through them again. :)