Being Told the Secret (There's No Secret.) 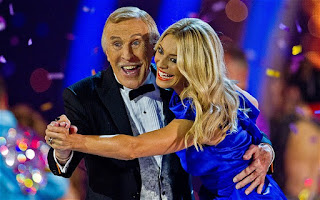 Over the last month, my local favourite place, the Linenhall Arts Centre here in Castlebar, have hosted a couple of very interesting evenings. Over two nights, separated by a few weeks, they got some talented artists in, to sit before an audience in the theatre, to discuss their work, their origins and their process. On the first evening, hosted by Marie Farrell, we had contemporary dancer Liadain Herriott and visual artist Alice Maher. The second evening, which happened just this week, gave us writers Colin Barrett and Ger Reidy.

The three artists who could present a little of their wares, did. For Alice, as a visual artist, it would have been impractical but she more than made up for that with her forthright and insightful contribution to the whole.

On the first evening, Liadain gave a remarkable dance performance. Certainly for me, who sees so little dance, it had an immediacy and danger that one might only find in the most heightened of theatrical experiences. On the second evening, the two writers read us some of their stories and chatted to Eamon Smith who drew them out carefully as far as they would go.

Two things, in particular, came out of the evenings for me.

Firstly, it confirmed the nagging sense of frustration I get whenever visual, dance, and other non verbal artists are asked to account for their work in words. Words are the tools we all use to understand things at some tangible level but sometimes the best understanding is on a more obtuse plane. Non verbal work can prod and nudge us at the most base emotional levels if we allow it to and if it connects with us. Words can get in the way. They are the lowest common denominator upon which we try to find something to share about the art and, in doing so, we can only dilute or even diffuse the neural connections that are being tentatively formed. I sometimes think we should give our response to dance with a little dance of our own and to visual art with a pencil and some paper.

Despite this, Liadain and Alice fielded the requirement to verbalise their art with grace and knowledge and the result was always interesting and often great fun.

For the second evening, one could have expected a more appropriate verbal analysis of the art because the artists were wordsmiths themselves. At least, here, there was this common literary medium between the work and the audience.

Oh, but how they squirmed.

It occurred to me that Ger and Colin, highly talented writers both, looked momentarily like men being probed about what they thought of Dublin when they felt they had only just cleared Charlestown.

They answered as best they could and there was insight and experience in their answers but, for me, the best answer, the most valuable one of all, was in the one they simply could not give.

What these evenings taught me, or at least reaffirmed for me, is that there is no answer. There is no magic secret to creativity. As far as I am concerned, there is only one link between all the artists and creative people we know who continue to make Art.

They keep on keeping on.

They follow their own inspiration and walk their own path and keep the faith as best they can. The rest is mere detail and it varies from person to person. It can be anything, it can be nothing. The artist keeps going while the rest of us stops or never even starts at all.

As Eamon Smith remarked, near the end of the second evening, a sizable proportion of the audience had been made up of people who were themselves creative or artistic by nature. This, I think, is understandable. It’s a lonely business, this keeping on, and it’s natural to take any opportunity to see how the other people over the wall are managing to do it.

I hope they got as much out of the evenings as I did.

The lasting image I got is a rather strange one. It’s Bruce Forsythe and Tess Daly at the end of an old Strictly Come Dancing show. As the titles start to roll they engage each other in their trademark good humoured lightweight embrace. But, instead of saying ‘keeeep dancing’ as they normally do, they dip forwards towards us and say, 'keeeep working’.

It’s not something only writers are guilty of but it is something we struggle with especially, things that don’t come neatly packaged in words when we all freely admit how poor words are at doing the job they’re designed to do. I look at dancers and I don’t get it. What am I supposed to be seeing? I’m talking about interpretive dance here. I have the same problem with programme music. I struggle to connect the Robert Burns poem ‘Tam O’Shanter’ with Malcom Arnold’s overture. I don’t see the story and I really don’t care that I don’t. I’m the same with art. One of my favourite artists is Magritte but I never try to explain his images. They please me when I look at them and that’s enough. I’ve always seen artists as cripples. We are restricted in how we can express ourselves. There’re times I’m sure where it would be so much easier to express myself if I could draw or paint but that’s not how I know how to communicate. Of course I have painted and composed music—never tried choreography—but I’m not a natural; I have to twist myself out of shape to do that and if you were to ask me what my paintings or tunes meant I wouldn’t know where to start.

As for the process, well, I’ve heard lots of artists try to explain why they do what they do and how they do what they do but I honestly don’t think any of us really understands what’s going on. I long ago realised that much of the work I do is managed by my subconscious and I only have a limited amount of control and best to make the most of it. It’s why when I decide to write a poem about something it’s usually naff despite decades of experience. My subconscious is selective. He decides what’s worth investing time in. Any time I go it alone I tend to dry up.

What’s my secret? Nothing happens for no reason. But I’m not privy to it. It’s secret even from me.

I see you sort of got to the comment I was formulating while reading this: "I sometimes think we should give our response to dance with a little dance of our own and to visual art with a pencil and some paper." But what I was really thinking was that the vulnerable guests would best get their own back buy inviting writers to express their written work in dance or by drawing and painting.

I am impressed that they managed it well. In the same way that I am impressed when someone who speaks several languages well apologises to me for murdering my native English. :)