Easter is a Hard Habit to Break 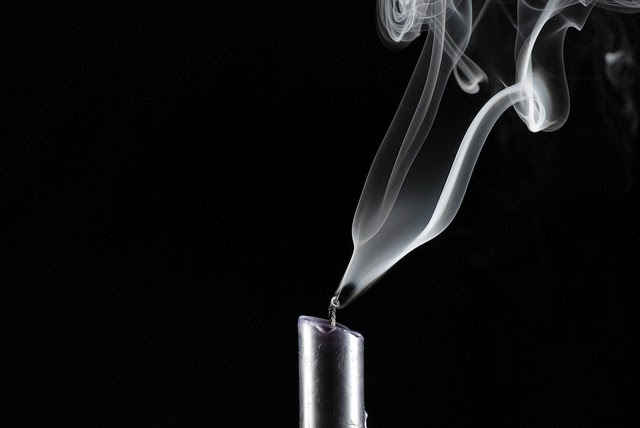 I don’t really believe in anything much, religion-wise, anymore but still Easter remains a hard habit to break.

I looked up the word ‘Agnostic’ on Wikipedia to see if that’s what I am these days. I do reckon I’m some breed of that.

There’s lots of different types, apparently and, from my quick read, I think the term ‘Soft Agnostic’ is possibly best suited to me.

According to Wikipedia, a ‘Soft Agnostic’ is someone who doesn’t know or believe in anything today but who reckons it is possible that someday they might.

Gosh that sounds like an invite for every religious head in the land to come banging on my door and email. Please don’t. I’m a lot tougher than I sound and I know what I know… today. You won’t change my mind about any of this, trust me on that.

If I sound rather wish-washy in my disbelief well that’s easy to explain. That’s because it’s Easter Time again  and, as I said, a couple of times now, this Easter thing is a hard habit to break.

I was never what you would call ‘Devout’ but I was brought up in an Irish household where all the Catholic observances were observed. We did Easter, Christmas, Lent, Ascensions, Resurrections, Ashes, Palms, Loaves and Fishes. You name it, we did it. But none of it was done in a ‘Carrie’s Mum’ crazy ass kind of a way. It was all just a part of Community, Family and Life and it didn’t feel restrictive or oppressive or naive or false. It was just the way everyone did things.

In that environment, as a kid, Easter was the most immersive thing. Christmas was full to the brim with lovely distractions; toys and food and men in red suits and first-run movies. The theological part of Christmas was always rather sweet and happy-ever-after. But Easter… that was another thing altogether. Easter was like a real time movie that was far too graphic for a kid to be allowed to see and therein, perhaps, lay some of the fascination. We had grown up with Jesus as this good guy who did amazing things and slapped down arguments in winning ways. Now, he was caught and he had no safety pin concealed in his garment with which to cunningly escape. He was to be stripped naked and degraded and whipped and dragged to the street and nailed up on a lump of wood. He was to die. The hero of the movie, the James Bond, the Doc Savage of the piece was nailed up and dying, his side was being slit with a sword to make sure he was dead and blood and water was running out… and I was seven.

I was seven, or eight, or nine and this was played out every year in real time. I use the phrase 'real time' over and over again because that it how it seemed. It was like a biblical version of 24 and we didn't just watch it or hear it, we played it out. We went over and back to the church and lived all the big scenes. We had our feet washed on Thursday night, we had a requiem thing on Friday at three o’clock, just as Jesus died, and we gathered at midnight on Saturday night to cheer him back out of that tomb as soon as we could.

After being a kid, and living these scenes out like that, it doesn’t ever really go away. No matter how thoroughly the faith you might have had sails away on a cold wind of logic, historical fact, and basic common sense.

It’s Good Friday morning as I write this and, although I won’t be in a church this weekend, I still feel the urge to play my music sombre and keep my diet simple. I’m still aware that it’s a ‘Day’ unlike others, for some reason that I can’t quite pin down. Oh, and I respect and acknowledge those people who will live out these days as I used to do as a kid. You go for it. You’re doing the right thing for you and for your respected beliefs and let no one tell you otherwise.

I wonder how much Easter touches people who are non-religious, other than me? Am I a curious hybrid of religious upbringing and adult understanding or am I much more the norm than I imagine I am?

All I know is that yesterday, on Holy Thursday morning, I was drawn from a busy work schedule to go into the church when there was nobody there except the ladies preparing the altar for the ceremonies to come. I went in and I lit a candle. I lit it for my Mum and Dad who would have attended all these ceremonies, if they were still here. and perhaps I lit it for me too, who would not.

What does it all mean? Damned if I know.

All I know is that this Easter thing… it’s a hard habit to break.

As you’ve probably notice I tend to avoid talking about the kind of religious upbringing I had. I wasn’t a Catholic. Most people I knew who weren’t Catholics weren’t the slightest bit religious. That seemed to be the divide in our town, the Catholics who went to mass, the Protestants who didn’t bother their arses and us. When my daughter was born I said—announced more like—that I wouldn’t make the same mistakes my father did (and mostly I didn’t) but that I’d make my own mistakes (which I did, very much so). My first wife was a Catholic and my marrying her did not go down well with my family even though she was lapsed and I was losing interest. After we got married and I moved out I had the difficult job of telling my dad that I’d decided to go my own way. I think I hedged my bets and didn’t go as far as saying I didn’t believe—that would’ve hurt him—but I still no longer wished to practice the faith I’d been brought up in. And mostly I didn’t but eighteen-odd years of indoctrination is hard to shake and when the marriage fell apart some five years later I drifted back and decided to explore my spirituality assuming my problems in the past were simply a matter of immaturity. Problem was I didn’t seem to have any sense of the spiritual. I could appreciate religion intellectually and I suppose emotionally although I never did get choked up over the fact God gave his only-begotten son for me. I decided to go through the motions and see if I could grow a faith. Ten years later I realised that was never going to happen. I don’t get spirituality in the same way I don’t get homosexuality. I just don’t get it. I get that some people get it. I’m happy that they seem happy with what they’ve got but the bottom line is that I simply do not see why a man would choose another man over a woman. It doesn’t bother me that they do as long as they don’t start chasing after me and that’s pretty much how I feel about religion. What one man or woman chooses to believe in the privacy of his or her own home (or in their designated place of worship) is fine by me. Just don’t ask me to get on board. I don’t care. I’m not interested in debating the questions anymore.

I wrote a poem about it once:

A man cannot lose what he never had
but he can give up trying to get it.
Just walk off the track.
Come, join the rest of us on the bleachers.

It's that easy.
Catch your breath now.
It's too hot to run.

I've heard say parallel lines never meet.
Sometimes they seem to – in the distance –
they disappear over the horizon
so no one knows for sure.


I made a comment on Dave King’s blog back in 2009 which I’ll replicate here since it’s relevant:

I find the distinction between agnosticism, atheism and godlessness interesting. I have to say although I am now resolutely irreligious I really don't feel I come under any of these headings. The position I take when pushed is that I don't care if there's a God. I would have thought I could call it indifferentism but the Catholic Church has already pinched that one; indifferentism, as far as they're concerned, is the stance that one religion is as good as another and, of course, I don’t hold with that.

I think we all arrive at our own view on things as we get on a bit. I'm fine with what anyone believes so long as it isn't hurting anyone else.

What irks me mightily, though, are those folk who are firmly convinced that their way it the only correct way and that they have to convince everybody else of that too.
Spare me those ones.