The Profundity of the Happy-Clappy Song 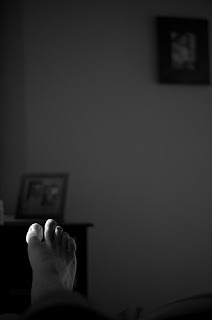 I’ve written this post and I've read it over and now I’m writing this part at the end and sticking it on at the front.

I just wanted to point out that this post might seem a little unusually negative or ‘down’. Don’t let that worry you or anything.

Most of these five hundred-or-so posts have been written in the week before they get put up so they tend to reflect the prevalent mood of that week and moods, as we all know are highly changeable. As changeable as the weeks, really.

So next week’s post will probably be much brighter and merrier.

This post may sound rather contrived. As if I thought up the end of it and then built the rest of the thought process up around it but I didn't. This is actually how it went down:  I was driving along this week, with my elbow out the window, and I got to thinking as I often do when I’m driving along.

I got to thinking that life is hard.

All of this is true.

But in the confined context of my own life, my own experiences, life is actually quite hard. In terms of what I have been accustomed to. In terms of stress and fulfillment and progress and satisfaction, things are not as good as they used to be. In fact, things are a bit bleak and rather grey. I know I’m not alone in this, many of us are in the same boat, bailing constantly with our tin cans, looking to the sky.

So I was driving along, elbow out the window, allowing myself a strictly temporary wallow in all this negativity and my mind turned to a related thought. “Where,” I asked, “is the brightness?” “Where is the light in all this gloom?”

The answer came easily, as it always does. My Family. Trish and the Boys. They are the light. In all the hurly-burly battle-fatigued greyness, they bring the fun and the warmth and the light. They effortlessly make it all worthwhile for me. I hunted around for some other things. Things which bring a bit of light. There were bits and pieces, books, movies, music… but nothing really to touch my little family. They were it, really.

Then I thought a bit about what a burden it could be, to be somebody’s main source of light. Good then, that these things happen rather effortlessly and without any great onus to provide. I thought how it’s best that family don’t always realise how important they are and how things work better that way. I ended the thought process with a little stupid gratitude and a quiet wish that this source of light would long be here for me.

Then, surprising myself a little, I thought, “These are pretty useful thoughts, I wonder is there a succinct way of setting them down, perhaps a song lyric or something?” I had a go at it in my head as the fields sped past my window. And, as I tried it, I realised with a start that the lyrics for my thoughts already existed, almost verbatim, in a song. A ‘Happy Clappy’ song from long ago. I also realised I had heard the song only a few days before on the soundtrack to a well-known film I had been watching.

It begs the question, did the song subconsciously trigger my train of thought or did the thought evoke the song? I’ll never know. It does go to show, however, that there is more profundity in the happy clappy songs than we might always give them credit for. Keep your ears open on the popular radio shows, you might just hear your life.

The film I heard the song in was ‘O Brother Where Art Thou?’ And the song? Well, it's so well-known that, even as you read them, the lyrics will probably slide across your consciousness. But slow down a moment, read them earnestly, like you mean them, and you'll see what I mean. This song was this:

“You are my sunshine, my only sunshine. You make me happy when skies are grey, You’ll never know, dear, how much I love you. Please don’t take my sunshine away.”

You know the perverse thing—me being the kind of perverse bugger that I am—but that song makes me terribly sad. I heard a version of it sung slowly once and it was quite, quite tragic a bit like the opening to Only When I Laugh, you know, the sitcom from the late seventies. You know the song:

Plaintive, that’s the word for it. And that’s the version that’s stuck in my head. Anyway that song’s me. I’m attuned to the sadness of the world and yet I don’t really think of myself as an unhappy person—sadness is this whole other thing with me—but then I’m not the most effusive guy you’ll ever meet. I’d love to say my family made me happy but the feeling is really one of contentment and reassurance. My daughter and I aren’t on the phone every day or even every week catching up. We’re not that kind of people. But I’d hate to think she wasn’t available, that I couldn’t pick up the phone and she’d be there to say whatever I needed her to say. That’s important and, of course, she feels the same. That she doesn’t need to call me up of all a piece is a good thing. It makes me sad that I don’t see her as much as I did when she was a kid but then, as I said, everything makes me sad.

As regards the hardness of life I really don’t have a hard life at all. I’ve a cushy wee number. It helps that I don’t look for much out of life—I don’t go on holidays or drive a car or need to keep up with the latest fashions—but I do feel for those who have to cope in today’s uncertain financial climate. The daft thing is I don’t remember the last recessions of the nineties or the eighties or the seventies as being that bad either. I watched a documentary about the seventies a few months ago and was quite shocked to see how awful things were in the UK. I wonder what planet I was on back then that I didn’t notice?