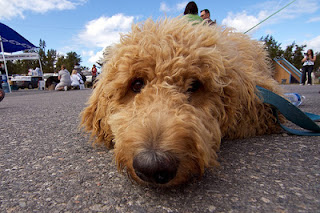 As a bit of a story teller myself, I love a good story and I particularly love it when you find one out there in the wild.

You know what I mean. These days we mostly get our stories from TV chat shows or newspaper articles or social media. It’s rare enough, for me at least, to just be out and about and to encounter a natural story teller and a good old fashioned story.

Of course a story is a special thing. It’s not like a joke, not at all. A joke has to have that thing at the end, the punchline-thing, and it almost invariably has to be at the expense of some thing or some one. A story, on the other hand, can hang precariously at the ending and, quite often, it’s only at the expense of the person who is telling it.

The one I heard last week was via Thomas, my sister’s husband’s Dad (there’s probably a simpler name for that relationship but I’m damned if I can think of it). We had been to that thing I was blogging about last week and we were back in my brother’s house afterward for a cup of tea. Thomas assumed a good position at the kitchen table and fired off a few stories about this, that, and the other. He reminded me that he is a bit of a kindred spirit to myself. Someone who likes to tell a tale, loves to raise a smile, and if the story makes him look bad then so much the better.

As with many such stories, the one I particularly liked emerged out of the telling of another, slightly lesser story. The following is an attempt to set both down in the first-person, a little like the way I heard them.

“So I took up running again. Jogging really. I go out in the mornings, a couple or three times a week. It’s great. A few week’s back, I wanted to figure out how far I could run so I told Margaret I was going to run as far out the Point Road as I could go and then I would phone her up to come and get me and she could set the ‘mileometer’ thing on the car to nought and when she got to me I would be able to see how far I had ran.

Yes, I know there are things you can put on your wrist to tell you but that’s not for me.

So I ran and I ran and I ran when I couldn’t run no more I stopped and I got on the phone and called herself up. As it turns out, she had gone asleep on the couch and didn’t hear me. I was too knackered to walk back so all I could do was sit on the wall and wait for her to turn up. She eventually did about an hour later and, guess what? She had forgot to set the ‘mileometer’ to nought.”

This, then, lead on to the following story which I enjoyed and which made me laugh.

“I went out for my jog, one morning, and who should appear on the street but the neighbour’s dog, a Spaniel. The dog decided she would come jogging with me and I thought this was great. A bit of company along the way. So, off we went. I decided to go up Cairns Hill to have a look out over the lake so up we both went. When we got to the top, I stopped to enjoy the view for a minute and the bloody dog lay down on the road and wouldn't get up again. No matter how much I cajoled her, she wouldn’t budge another inch. I ended up having to carry her all the way home. I’ll go on my own from now on.”

That’s it. Nothing earth-shattering or super-revealing. A story, that’s all. On the evening, though, it made me smile. It conjured an element of pathos and it had a nice subtext of gruff reluctant caring. The story of the dog on the ground on the hill stayed with me through the week to enjoy and laugh about again in memory.

That, for me, is a good story.

And a good story is a great show.

Catch it live wherever you can.

I notice there was no suggestion that he might kick the dog. (Nuff said.)

Diana: Thank you, I'm glad you liked it. I'm sure Thomas will be too (fingers crossed) :)


And yes, both storied made me smile- so both, imo rate as good stories :)

A story doesn't have to be an epic tale, which many story tellers fail to realise. And the best stories have little stories within stories..

Ken, Another good read! Sometimes it's the way a story is told rather than the content that compels me to read on. I think I would read a blog of yours if you wrote about ANYTHING. That's because your style is such that you make most things interesting.