How to Time Travel 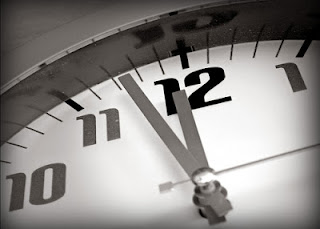 Time travel isn’t easy but it can be done if you try. Seriously.

And, no, this isn’t a Science Fiction thing and neither is it a thing where I end up copping-out by talking about time travelling into the past only.

I’m talking about time travelling into the future. It can be done. You have to think about it a bit before you can do it but that’s all you need really, a little thought and perhaps a little memory.


Shall we try it? I’ll do it and then you can perhaps give it a try yourself sometime if you like.

Nobody knows what the ‘future-that-hasn’t-happened-yet’ will bring. It’s a drawn-veil to us. So we can’t travel there or, at least, I can’t tell you how to. What we can do though is to travel to our own future from our own past. It may sound a bit silly but, as an exercise, it can actually be quite instructive.

Watch me, here I go…

There’s me thirty years ago in 1982. It’s New Year’s Eve and it’s about eight o’clock in the evening. That’s me there, behind the bar, serving the customers. Nineteen years old, hair too long or not long enough (it’s hard to tell), a bit spotty. I’m being forced to work on New Year’s Eve and that’s a complete bummer because this is the night were you get to kiss all the girls if you can only get yourself close to them. On this night only, you can smooch who you like and they will smooch you right back. For a spotty kid with indeterminate hair, it’s a bit of a red letter night. And this year, as is the case most years, the place where all this kissing will happen is The Baymount Hotel, down near the beach in Strandhill. Not me, though, not this year. This year I’m behind the counter in Harry’s Bar and the cosy late-middle-aged crowd are settled-in and are evidently going nowhere anytime soon.

The clock swings round towards ten-thirty. The merriment increases inside everyone except me.

Suddenly Sean appears from the back bar where he’s working. He’s my friend and he’s been feeling just as bad about having to work. He doesn’t look like he’s feeling so bad any more though. In fact, he looks bloody pleased with himself.

The customers don’t like it one little bit and we don’t blame them but last orders is last orders and we’ve been ordered to shut the place down early and Sean has his van parked out the back and it’s pointing towards Strandhill so drink up and let’s go people. You don’t have to go home but you certainly can’t stay here.

We take the back road to Strandhill. Neither of us drink at all but the cops will be on the front road and they might possibly take up time hassling over brake lights and such. As we bump along the super-dark back road, I am excited to be getting to the melee after all. But I’m also tired… so tired. I close my eyes for a moment.

It’s quiet. A telly is on, some New Year thing. I am in a little house, a nice little house. The ground floor layout is all there to be seen, living room, kitchen, door into bathroom and cute stairs in the corner. I’ve been dozing on the couch for a bit among the Christmas decorations and the dim light from the gas fire. There’s a girl in the kitchen, cooking something. She looks nice. Who is she? She turns and smiles at me, she knows I’ve been dozing. She has a ring on her finger, two rings, like she’s married, like this house is hers, but who is she and what am I doing here with her on this New Year’s Eve?

I shut my eyes again, to help me figure it all out, and when I open them I find that I’ve travelled another ten years and now it’s New Year’s Eve 2002. That girl is there still. She hasn’t aged a bit. She isn’t alone anymore though, now there’s two little boys too. One is about five and the other must be only two or so. The house is bigger and there’s a real fire burning, a bigger tree. It’s nice and cosy, I feel like we all belong here together. I feel like there’s no place else in the world I would rather be. But there’s a pull on me, a distant juddering as the van hits another bump in the road. I’d better wake up soon because we must be nearly at The Baymount.

I jump again, one final time. It’s now 2012, New Year’s Eve and, like the climax to all those end-of-year stories, I am in a cemetery, standing alone in front of a grave. It’s cold and dusky and the wind blows the drizzle hard onto my face. I squint and look down and see my parent’s names etched on the granite in front of me. A small oval picture of each, one on either side. The newest of the dates is very new indeed.

This is too hard, this vision of my future. Too hard for a teenager who only wanted to be kissed. Is this what life ultimately has in store for me? A deserted graveyard? A family lost to the cold hard ground? I turn to look around at the mountains and valley I know so well, they at least unchanged by the decades, and I see the woman and children again, down there on the path beyond the headstones. She still hasn’t aged at all but the two boys are older now, tall and handsome, the elder so much taller than I am and the younger quickly catching him up. They are waiting for me there, down on the cemetery path. They want me to leave this cold place and rejoin them.

I think I will.

A deeper bump on the road jars me awake. I’m being glared at from the driver’s seat.

“You better get yourself in gear. We’re going to have to move fast to get into this hall by midnight.”

I shake myself. What had I dreamed? A vision of my distant future or just some semi-conscious illusion. Who knows? Sean needn’t worry, though, I’ll move fast all right. There’s one girl in particular I’d like to bump into. She normally wouldn’t look at me but tonight… tonight is New Year’s Eve and strange things can happen on this night of all nights…

Hi Ken,bittersweet memories(I'm not turning into whitney or Dolly )I suppose everything must change it's inevitable,but we choose to safeguard a precious few in our minds.It's been a hard year,every Christmas I put wreaths on relatives graves with my Dad,this year,I did it alone.Our parents may no longer be here,they still exist as the foremost of our memories,testament to them.By the way 1982 was the year a former classmate 'believed he could fly'
by jumping off the Baymount balcony
and emerged unscathed,can't remember who broke his fall though.. take care Ken

Great story. The real reason we took the back road was because I had no licence. The amount of people we visit in the grave yard every Christmas is increasing every year and it sad but as long as we keep up the visits we will always always have good memories of these people.

Great piece of writing. Enjoyed the recollections. Off to think through my past...

When it came to looking towards the future I think the main thing for me was making it to the 21st century. The idea of living in a year beginning ‘20’ was so science fiction. And we’d all be wearing tin suits and driving (flying?) hover cars. We did all have home computers but no robots. People talk about the speed things change and on one level, yes, things are changing at breakneck speed but broadly-speaking the world hasn’t changed that much. I took a wee tour of my hometown a few weeks back on Google Earth—who’d’ve imagined that back in the seventies?—but the thing was it really hadn’t changed much at all since the seventies. The stores were still the same. Okay the clothes store became a video rental store which became a DVD rental store which is a florist now if memory serves right but it’s still the same store and the pavement outside it is the same one I walked down hundreds (thousands?) of times. In so many ways the world we live in now is still the world our parents lived in. I don’t dress that different from my dad when he was the age I am now. I don’t look so different from him—apart from the beard (he hated facial hair and was forever on at me to shave it off)—and quite often I find some of his phrases creeping up on me. He died and left a dad-shaped hole and I filled it. I’m the dad now. Not quite sure when that happened—or when I became comfortable with it happening—but happen it has. I’d’ve never imagined when I was nineteen that my life would turn out the way it has and I had a good imagination. I’d’ve got it so wrong. Even in my mid-thirties when I wrote Living with the Truth and portrayed my future self as Jonathan Payne I got it so wrong and now, when I imagine what my life might be like in my seventies, I’m probably way off again.