When all the Jokes were New 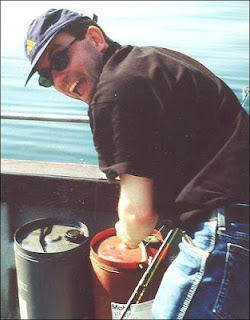 There was this golden era where all the jokes were new.

It was 1981.  I was living in Dublin, having just started college there.  When I say I was ‘living in’, that makes it sound all grown-up and cosmopolitan.  In fact I was a shivering little seventeen year old who had never slept in any bed other than his home one and who lived every week in perpetual countdown for the six o’clock bus back home from O’Connell Street.

I was too young for third level education, I think, but I had moved unrelentingly through school, finished at sixteen and had my degree earned before I turned twenty. Yes, I was a smart little shit.  I was also the youngest in the class by far but I was quick on my feet and enjoyed company and so got on all right with everyone and made some lifelong friends, as you do.

And then there came the jokes, the golden era of jokes.  I have always loved jokes and have an unassailable recall of them.  Like films, I seem unable to ever forget a joke although I pull them out less and less as I get older.  The opportunities to joke seem to become more sparse. Go figure.

In the college, people had jokes, hundreds of them, and I had never heard them before.  Some new joke source much have just emerged and I was there at the very moment that it happened so there was jokes and people were telling them to each other with glee and I was soaking them up with even more glee.

Every Friday evening I would get that O’Connell Street bus home and, when I got there, quite late, I would meet my friends in the pub.  They would look at me expectantly and say, “Well, what have you got?” and I would have jokes for them and I would make them laugh.

The jokes were often of a kind, they were rather cruel and rude and gleeful at misfortune, they weren’t racist or sexist or such, they were hard and unafraid and they pulled laughs out of you even when you felt it might not be right to do so.  You probably know the sort of thing I mean, ‘Petal and Porky, The Kid Who Was Only an Eye’, ‘The Strange Man and His Balloon’.  No, don’t ask me to tell them, they don’t work written down.  They are of a strange verbal tradition.  You can’t read them and laugh.

And how lucky was I to be there at the very moment in history when all these wonderful jokes broke into the world?  How fortuitous was that?

Of course you’re ahead of me, as ever.  You know what I know now but didn’t ever suspect at the time.  You know that there is no golden era of jokes, not in history.  There is only my personal golden era of jokes.  These gags had been around for ever.  The men in the trenches in The Somme had probably told each other about Petal and her Dog Porky.  Spike Milligan and his war buddies for-sure passed them around.  The jokes had always been there, it was me who was new.

Did you have your own golden era of jokes, when all the gags were funny and new?  If you did it was probably at some completely different time to mine.

But I bet the jokes were the same.

I don't remember my own Golden Era of jokes, but I can tell you that my 11-year old son seems to be going through some kind of phase at the moment where he works VERY hard at the whole joke thing. He is especially obsessed with toilet humour and the current round of Chuck Norris jokes, some of which I have to agree are hysterical ..

I link the art of joke telling to Dad, who shared lots of groaners as I recall.

Dad would often catch himself at the dinner table, on the cusp of a joke before saying, "Uh no. You're not old enough for that."

My proudest day was the day he told "one of those" jokes, but left off the age disclaimer. Finally, I was old enough to be a person, not a kid. ;)

Where do jokes comes from? I have always considered this a mystery. I know on The Simpsons there’s supposed to be an island somewhere where all the dirty jokes get written but I don’t believe it. I have never written a joke in my life. I have never known anyone who has ever written a joke. They just appear. Mysteriously. I think it’s all a conspiracy. There was a science fiction story that ended with all the jokes stopping being funny. I liked that that humour, like time was something that could be manipulated. The thing is I have a GSOH. You’ve read my books so you know I can do humour but I’ve never been one for telling jokes with punch lines. I survived on two for years, the one about farts I reference in Living with the Truth (one of the many either-you’ll-get-it-or-you-won’t-get-it references) and the ‘Gnome (pronounced gu-no-meh) Joke) which if we ever meet in person remind me to tell you. In fact I’ll tell you the two of them if you like. I told my daughter a joke at the weekend that I heard on the TV:

“My dog has no dictionary.”
“How does he spell ‘terrible’?”

She didn’t get it. I thought it was hysterical.

If I was to try and nail down my own private Golden Age of Jokes it would probably be within the four years I was at secondary school. That was the time of the famine in Biafra and there were hundreds of the most tasteless jokes floating about but it was also then that Billy Connolly started his rise and I remember his LPs being passed round the playground. Monty Python was also at their peak then so humour was a big part of our lives probably as a reaction to the state of the country not that I can say I really noticed how bleak things were then.

A very myopic Viking was having a new house built. The day when it was due to be finished the plumber came to the site manager and told him that the kitchen sink hadn't been delivered.
"Find something else to use" he said.
The plumber found a bricklayer's hod and fixed it in place.
Everyone was nervous when the Viking arrived to checkout his new house. When he went into the kitchen he groped around, turned on the water and washed his hands and announced that he was very satisfied.

This goes to show that a hod is as good as a sink to a blind Norse.

(I couldn’t actually remember the joke but the punch line stuck with me.)

I can never seem to remember jokes unlike you Ken, but as I read this it brought back memories-feeling untouchable at around the same age you mention. The jokes and the pranks are all part of that-you're so right that they have probably been played on down through the ages. Working as a teacher, I kind of resent it when kids "discover" a way of joking that I've seen before. It grates and maybe that's because of what you talk about-the sense of repetition...

Laura: Chuck Norris was even 'Hard' back in my day. 'Way of the Dragon' with Bruce Lee...

Hope: My Dad told me the viagra joke (Can I get it over the counter? If you can, you don't need any) and it's still a favourite, probably because of that.

Jim I remember that story. I believe it was Asimov. He also wrote one called something like 'Shagydo G' which was basically just a 'Shaggy Dog Story' like the Myopic Viking one.

ND: I found myself getting quite annoyed recently that people were sharing a World Cup joke as if it was new for the Euro Cup. I gave myself a good talking-to though. :)

I can usually remember only half of a joke - and it's the wrong half.

But I retell the two I *do* know - the Messerschmidt joke and the one about the long-nosed, long-tailed lurcher. :-)