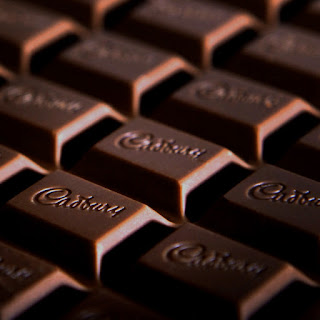 Yesterday, I had something to do and I was a bit late for doing it and all this was so unusual, given the nature of the last two months, that I panicked a bit.

I decided that a beard trim was in order before I did the thing and that, in itself, was a bit stupid because I was behind schedule and a bit hassled and these are not the best circumstances in which to introduce the trimming of practically anything, let alone a beard.
Positioned in front of the bathroom mirror, I switched the trimmer-thing on and checked that the gauge was set to the requisite five. It was actually at five-and-a-half so I carefully (and literally) dialed it back a little. Then I set the machine to my face and ran it up.

A neat pale strip of unhedged skin immediately presented itself in the mirror. “What the hell?” I jumped back as if I had been bitten. The machine had just swished off an entire section of beard. I checked the setting, which was correct and then I_

I repaired to the bathroom and whipped the whole lot off. It was surprisingly quick and easy. Much more so than when I would just trim it.

I remember my much-missed friend, Simon Ricketts, upon seeing Liam Brady on a TV show, saying in that kind and understated way of his, “Liam’s put on a bit of timber, hasn’t he?” This, possibly on account of Simon’s lovely accent, led me straight on to an aural memory of Phil Daniels chanting, “You should cut down on your ‘pork life’ mate, get some exercise.”

Because, alas, the truth is now out there, revealed as the greying whiskers drifted into the newspaper sheet in the basin. I’ve put on a bit of timber.

It’s not altogether surprising. The reasonably frenetic pace of my normal life has inevitably slowed over the past couple of months and, although I’ve been walking every day, it hasn’t been as much calorie burning as I would normally do.

There’s been other things too. You know that news story where loads and loads of gang-sized chocolate bars have been sold during the lockdown? Yes, that was me.

I’ve been avoiding the weighing scales. Stepping around the device gingerly as if it were a land mine that might go off in my face if I got too close. Not too far from the truth, that.

So, I’m typing to you this morning from the Wild West of Ireland in full possession of a face that I’m not all that fond of.

The beard will have to come back.

Can’t wait to see the new you!

As my old nan used to say, "A beard can hide a multitude of chins."

I have gone sans beard a couple of times in my life and always reluctantly. It took me a while at the start to develop a half-decent beard and it was always best kept tidy and one notch up from stubble. The first time I removed it—in a desperate attempt to promote growth—my then mother-in-law said, “You’re looking very pale today, Jimmy,” not realising I was clean shaven and I think similarly it took most of my colleagues at work half a day to realise what was missing. I laughed it off at the time but a few weeks later couldn’t stand shaving and the scruff was back and stayed back for a good ten years. In my early thirties I was persuaded to remove it—I won’t go into the details because it would require too much of an explanation and frankly my lack of steadfastness at the time embarrasses me—and that spell of hirsuitlessness (Thank you, Birdie) lasted a couple of years. That was the last time the beard came off. Carrie has never seen me without it and now FINALLY! I’ve managed to cultivate the kind of beard I always aspired to. I think it gives my face character and some people simply look better with a beard. Remember that time Billy Connolly shaved his off for a film role? He just did not look right. I suppose there will be those who reckoned he was quite a handsome chappie under the bewhiskeredness and there were those who weren’t displeased by his new visage—he has a decent chin, I’ll give him that—but I, for one, was delighted when it returned, shaggier than ever as I recall. I think that was his ‘Moses’ phase circa 1997. I didn’t even mind when he dyed it purple and there aren’t that many men can pull of that look. For the record I should say that I’ve sported a moustache constantly since I was probably seventeen much to the consternation of my father who, I learned, hated facial hair with a vengeance thus providing me with a perfect way to rebel quietly as was my wont in my mid-to-late teens.