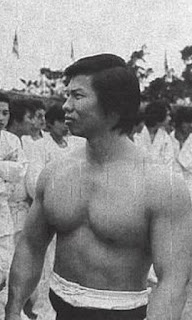 Yesterday afternoon, my fourteen year old son sidled off to the cinema with his mates. He went to see ‘Terminator Genisys.’ I think that’s how you spell it. He wasn’t terribly keen to go because he reckoned it might be crap but I reminded him of the particular pleasure that can be gained from seeing a crap movie with your pals so off he went. He quite enjoyed it.

His going brought to my mind all the myriad Saturday afternoons that I spent going to the matinees with my mates, getting on forty years ago now. I got to thinking of the films I saw back then and wondered which ones stayed with me the most vividly and why.

Here, then, just for fun, is a short list of movies I saw as a kid/early teen with a little note on each as to why I still remember going to see them.

It’s not a very highbrow list. Bear in mind though these were matinees and occasional evening shows and we were only kids and the summers were warmer back then and the choc ices were waay bigger.

I’d always been a James Bond kid. My parents had imbued a sense of Bond occasion in me long before ITV bought the rights and put them on telly on Sunday nights. My Goldfinger ejector seat car was a key part of my toy collection and often teamed with Thunderbird 2 in rescuing errant green soldiers from on top of the couch. Although I’d collected all the bubble gum cards for ‘On Her Majesty’s Secret Service’ it would be years (and on telly) before I ever got to see it. ‘Diamonds' was the first Bond I saw in the movies. It was brand new and it was the most hyper-modern thing I had ever seen. My parents saw it in the evening during the week and then practically demanded that I went to the Saturday Matinee (although I didn’t need much persuading). It was 1971 and I was eight years old. My pals and I chanted ‘Diamonds Are Forever’ to the rough tune of ‘Come On United’ as we marched down to the Gaiety. To this day, the film still looks really modern and new to me. It’s an odd thing.

I saw this one at an evening show. I was, after all, now eleven years old. I remember waiting outside the cinema on the Friday night, waiting for it to open up. There were lace curtains on the front doors and I couldn’t see inside. I remember reading on the poster that the colour was by DeLuxe and being disappointed that it wasn’t in Technicolor. I had read Richard Martin Stern’s novel in preparation for the film. Although fire had wreaked havoc on my own close family a few years before this, that didn’t seem to affect my young resilient careless anticipation of the film. It was big and suitably long and involving and I tend to think that it played a considerably part in influencing how my professional life turned out. I was very impressed with Paul Newman’s architect. Not so much because he flew around in planes and got to be with Faye Dunaway. It was more how he understood the inner workings of his building without ever having to have gotten his hands dirty building it. That intrigued me and that legacy lives on in what I do today.

I was an old man of fifteen by the time Halloween came to town and, by then, I was firmly in the habit of going to many of the movie shows by myself. There were so many movies and only two screens in town so lots of features would only show for a Tuesday and a Wednesday night. So it was with Halloween. Nobody else was interested in seeing it. Nobody except me. I loved it. I loved how it didn’t mind taking its time and building atmosphere. I loved the mundane evocation of an American Halloween, the quiet immorality of the central characters, the plinky plinky piano soundtrack, and how Donald Pleasance looked when he scared the treat-or-treat kids away from the old Myers house. Quite recently, I enjoyed how ‘It Follows’ evoked Halloween in its shots of wide residential sideways, grass verges, and unwitting teens walking along them. Michael Myers never seemed more than a hedge away.

This is cheating, really. ‘First Blood’ was way up in 1982 and I was 'the-hell-and-gone' to college in Dublin by then. Still I came back to Sligo to see it on the Saturday night with my friends. This was an influential film for me for quite an odd reason. It wasn’t the story or the characters or the actors or the music or the cinematography or the action or the violence. None of that. It was one thing and one thing only. The setting. That foggy town, the empty roads but, more than anything else, over-riding all other considerations., it was the woods. Those woods were so like the woods that lay in the hills around my town. For the first time ever, it seemed that there was the possibility that big cinematic stories could play out in a place that looked like the place where I lived. That was really something. After 'First Blood’ I ditched my trademark duffel and went out and bought an army surplus German parka. That coat and me stuck together for many years and kept me warm in the night when there weren't enough blankets for the bed.

I could go on all night but I better not. I’ll finish this with the ultimate matinee idol for my generation. Bruce Lee. Enter the Dragon was our 'Lone Ranger', our 'Cowboys and Indians', our 'Flash Gordon'. Never were our eyes widened in the darkened cinema, on a Saturday afternoon, as when Bruce was stalking the night time opium caves deep beneath Han’s Island. We loved everything about it. The flashback origin sequences, the naughty girlie bits, the Nunchucks, the Nunchucks, the Nunchucks. Our favourite bad guy was Bolo Yeung. We knew him only as Fat Bolo, Han's merciless enforcer on his Island of infamy. We all thought Bolo was fat but of course he wasn’t. He was, in fact, a much renowned body builder. Not to us though. To our short skinny minds there was only one hero and that was short and skinny Bruce Lee. “Here comes Fat Bolo”, we would tell each other gleefully, “Bruce will soon sort him out.” Although, in the end, it was John Saxon as Roper who did the necessary. Fat Bolo was dispatched with a single nad-crunching kick in his fat balls and we all cheered as he eased his fat frame, almost apologetically, down to the grass to die.

Bruce got to deal with the Evil O’Hara in a scene that was highly censored in Ireland when we were young. All we ever knew was that the Evil O’Hara was killed by one rather innocuous kick which sent him careening into a line of seated pyjama-ed spectators. I still remember the frisson of excitement when, as an adult, I saw that scene on late night telly expand into broken bottles and head crushing slo-mo ecstasy.

Oh, and didn’t Han himself  look quite a bit like Richard Nixon or was that just me?

After any of our multiple viewings of Enter The Dragon on a Saturday afternoon (we must have seen it twenty times) we would retire to one or other of our front gardens where we would kick the shit out of each other in mock Han-Island-Tournaments. I remember dear old Jumbo McCarrick walking past our garden while one such melee was in full swing and pleading with us.

“Why can’t you just punch each other in the face like we used to do?"

The pictures were a big part of my childhood too, Ken. I hardly ever go nowadays and it’s not just because I have a decent-sized flat screen TV in my living room. The magic’s gone. The last time I went to see a film—Star Trek Into Darkness if I’m not mistaken—I went on my own and I was either the only one in the place or maybe there were a couple of others. (I’m pretty sure I was alone.) And that was sad. Now I’m not exactly a gregarious individual or even that sociable but there’s definitely something social about the pictures. And especially the matinees from my childhood; they were events. Nowadays I want to sit there in silence and enjoy the spectacle but when you’re a kid you’re looking for something more interactive. And as we couldn’t interact with the screen we interacted with each other. I have a huge amount of respect for the manager of our local cinema because a roomful of rowdy sugar-fuelled kids cannot have been easy to control but it was his empire and he was king (er… emperor).

I’ve seen all the films on your list at the pictures apart from Enter the Dragon. Not one hundred percent sure I’ve actually seen it at all. Never been a big fan of martial arts films. My highlights would include The Jungle Book (1967), Planet of the Apes (1968), Oliver! (1968) and On Her Majesty's Secret Service (1969) which I liked or maybe it was Diana Rigg I liked. (Here’s an oddity I’d never heard of before, her 1973 series for NBC; Mary Tyler Moore it is not.) Looking at the list of films released in the mid-to-late sixties and early seventies I’m surprised the see the number I can’t remember going to see at the pictures but the number I have seen (whether on the big or small screen) is impressive. I’m sure if I looked at lists of films released this decade I’ll hardly have seen any apart from most science fiction films; that tends to be my go-to genre these days.

Good choice of movies Ken, D. A. F was on tv last friday, re Enter the Dragon, you
can get double dvdwith all violence restored, including the bit where O'Harra '
Lee's real life bodyguard Bob Wall, attacks with broken bottles, Lee was injured
in the scene, halting filming for a few days.

There is a certain pleasure in watching a terrible movie with your mates, you can all compete with put downs or 'slaggin' the movie onscreen, sort of creativity...
You may remember in St Johns on Marcellus day, can't remember if he was a Saint
or just a 'Blessed' , we all got 5 boiled sweets and a trip to the matinee
On the four years we were at St Johns, I remember they showed the same movie twice.
Konga, a 'King Kong ' ripoff starring later Batman Butler, Michael Gough' absolutely
terrible movie, but proving your theory true I still remember it fondly, it's still regularly repeated on 'The Horror Channel, not quite the same tho when your not surrounded by a hundred or so unhappy under 12's and a few of us budding film buffs
Hope you're keeping well Ken
GH