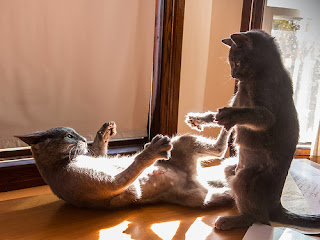 I haven’t been in a fight in several decades and I hope this remains the case for the rest of my life. I’m not a fighter. I’m about as far away from a fighter as you can possible get.

But there has been fights in my life.

We all have them, I think, or most of us anyway. Moments of conflict which escalate, often without much warning, into something highly physical.

My own fighting career can be summed up fairly easily. If the fight was my idea, I was pretty good but if it wasn’t, I was bloody awful.

I think there were some scraps in the earliest years of school but I can’t really remember anything about them beyond the faint knowledge that they happened. I do remember that I had an ‘arch-enemy’ in the schoolyard and I could name him for you but I won’t because I still see him from time to time and he is quite a nice family man and not really much of an arch enemy at all.

The fight that colours my view of such things happened in primary school and I’m guessing I was about ten or eleven at the time. I was out on my street with some pals and everything was cool. I got this silly idea of swapping the guy’s initials around to see if it made their names funnier. Nothing changes much, really, does it? You know the idea, Michael Kelly would become Kichael Melly. It was silly childish stuff.

One member of the cohort had a name which initial-swapped to a rather funny result and, when I landed on it, I laughed out loud. Then everybody else laughed too. Everybody except the initial-swap kid.

I repeated it and laughed again. I didn’t know much about fights and how they gestated.

The initial-swap kid turned puce around the gills.

“Right. Nobody… Nobody talks to me like that. Fight! Seven O’clock this evening, at the hedge.”

Then he was gone. I didn’t have any say in it. I was booked in for a fight at seven that evening. The afternoon dragged. I sat at my bedroom window and wondered what I would do in an actual pre-booked fight. I had no idea. My introspection was punctuated by my opponent cycling up and down on the street outside and pointing menacingly at my window.

I could have just not turned up at seven but I did. Perhaps I was curious as to what might happen. There was quite a lot of kids there. They formed an organic circle which enclosed the initial-swap kid and me and they egged us into action, as kids tend to do.

I decided I would talk to my opponent, explain that no taunt had been intended. Yes, that was a good plan. I opened my mouth to start the parley but no word ever escaped.

Apparently I was kicked, I’ve never had any true recollection of that. I was kicked in the upper stomach, up under the bottom of the ribcage where we have some kind of diaphragm, I think. All I know is that I was wearing a kiddy string vest and, for days afterwards, the bloody imprint of the strings of my vest were carved in relief on my torso.

The effect of this kick was that I was winded but I didn’t know what winded meant, I had never before had the air forcibly kicked out of me. When I tried to draw my next breath, there was no breath to be had. I heaved and pulled at the atmosphere but there was no air anywhere. The kick had banished it all to some faraway unattainable place. I fell to my knees and, from there, on to the ground and I lay there for some time, flopping and wheezing like a small fish out of water.

The crowd dispersed. The fight was over.

I haven’t seen the initial-swap kid in years and I hope he’s okay and happy. We were good friends in the years subsequent to the kicking and ran into each other on many social occasions. It was all good between us. Well, almost all-good. The truth is that he had 'Alpha Male'-ed me on that day as nobody else has ever managed to do, before or after. It can remind me that we are basically animals when I sometimes look at a defeated lion after a battle, on some TV show. and how he behaves towards the victor. Nice as it all was, in the subsequent years, between the initial-swap kid and me, there was always a lingering taste of that 'defeated lion' relationship.

That was an example of a fight which wasn't my idea. As I said at the start, they had inevitably poor outcomes. Where I used to do better was when I got ‘riled’ by something. If I got ‘riled’, I could manage surprisingly well.

Not to make myself sound like some kind of Hulk character but I only really tended to get fighting-riled when I perceived that someone close to me was being threatened.  On two fairly spectacular occasions, that happened to be Trish. It’s no surprise really, we've been mooching around together for one hell of a long time, there were bound to be moments.

One such moment happened on a boat down the Thames, at a Christmas party. A fellow employee got blisteringly drunk and started being belligerent to everyone. I remember I was sitting, rather confined, behind a large table which was heavy with drink. Trish was beside me. I saw it coming, the belligerent guy got bored with the pint he was drinking and threw it at the wall of the cabin we were in, it literally smashed inches from Trish’s head and covered her in the remnants of beer from the glass.

That made me mad and I rarely get mad but, when I do, I am capable of rather going off the deep end. The table was in my way so it had to be moved so I moved it. Glasses, bottles, food, whatever was on there went flying along with the table. I needed a clear route to my fellow employee and boy did I make one…

On another occasion we were at a house party and we were sitting near the top step. Some unknown person kicked my girl in the head as he rolled up the stairs. I pointed this out to him and he expressed the opinion that she shouldn’t have got in his way. I still remember the expression on his face as I threw him down the stairs. Bewilderment, really.

Like I said, I haven’t had a ‘Barney’ in decades and I don’t think I ever will again. So don’t worry.

One thing united these rare moments of fighting dominance. My reaction afterwards. Within seconds of these eruptions happening I would be consumed with regret and self-abomination. I would be convinced that a posse of outraged enemies were about to descend on me and, my rage now spent, would find me easy meat for their abdominal kicks.

In short, I turned into a big pussy.

I spoiled it there right at the end, didn’t I? That’s the trouble with the truth. It’s rather like an unexpected kick in the solar plexus.

I’ve never started a fight with anyone. I can only remember being in three fights ever and all at primary school. I was a bit of a geek at school although I suppose the term then would’ve been swot. But I was a big swot, broad-shouldered and strong. So only an idiot with pick a fight with me. Which is what three did. The first was with probably the smallest boy in the school. And to top it off he wore leg braces—he’d had polio—and, seriously, what’re you going to do when someone like that comes at you? I just stopped him hurting me. You know the kind of thing. I’d hold him at arm’s length and let him flay away at me until he got tired. The thing is he never seemed to get tired. I’d walk away and he’d follow me and the same would happen again. Finally some big boys came along and broke it up.

The second went much the same way. Thankfully this boy didn’t have braces but he was also small. He was also probably the angriest person I’ve ever met. I ran into him as an adult and he hadn’t changed; he was still raging against … well, that day it was the Inland Revenue but I get the feeling it could’ve been anyone. That fight was a bit harder because although small he wasn’t a weakling but he still never landed a blow.

The third was with my mate. God alone knows why he fell out with me but he did. Here’s the thing though, my dad used to collect me from the back gate and so, rather than fight my friend, I legged it and hid in the car. A crowd of kids gathered and so what do you think my dad did when he learned what was what? He lectured the assembly about fighting and then, to prove I wasn’t a coward, kicked me out of the car to fight. What I should mention at this point is that my mate was called ‘Mousey’ (pronounced ‘moosey’ of course) because he was built like, well, a mouse. The same ensued— I guess my dad knew what he was doing. The thing is this was at the time when the wrestling was on TV and my dad loved it—we were always home by four on a Saturday afternoon so we could sit down and watch it—and so all I did with Mousey was wrestle him to the ground and keep him there. Skinned my knees doing so—which my mum was not best pleased about—but I never threw a punch.

I have never punched anyone and I’m not sure I’m capable of it. I’ve never got why people want to hurt each other like that. I get being angry or frustrated but I don’t see the need for violence. Never understood why the term pussy is considered derogatory. Have you seen a pissed-off cat?

I remember one fight only. I was 15 years old and Oliver was also aged 15. He was one of the nicest young men I had ever encountered, in all my years at the former (OBI, O’Brian Institute) Árd Scoil Rís, Marino. I genuinely have no recollection of how, or why, the fight started. We were pals for goodness sake! Anyway, the fight was close, as in we (mostly) rolled about for a full 8 to 10 minutes, until Bro Frampton arrived. We stood up and hugged. Oliver cried. He knew what was coming. We were both subsequently leathered, savagely. I never had a fight since. I find the whole idea abhorrent. But just once, I would love to be a grown-up (up to my full 5 foot nothing, but an adult nonetheless) and meet one of those Irish “Christian” Brothers, who taught me!